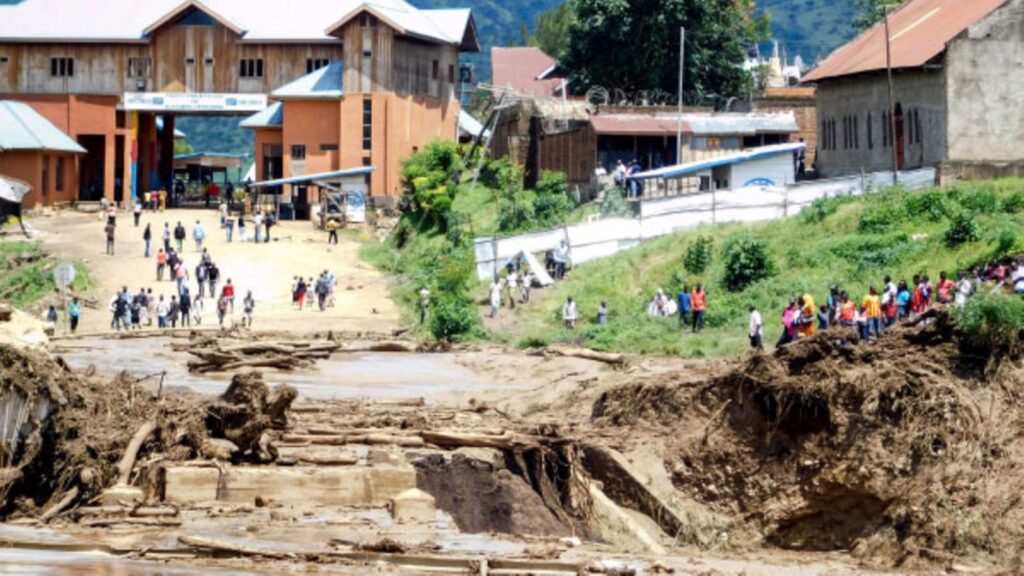 At least eight people have been confirmed dead after landslides hit Kasese in the wee hours of Wednesday morning.
According to the Uganda Red Cross (URC) spokesperson, Irene Nakasiita, the tragedy befell homes at Kasika village, Rukoki sub county which saw several people buried by the landslide that hit at around 4am when everyone was asleep.
“This was due to heavy rains that hit the area last night. Eight dead bodies were recovered this morning and six others referred to St.Paul’s Hospital in Kasese Municipality,”Nakasiita said.
She added that several others are still missing, adding that the URC response team is still on the ground working with local authorities and other responders in the community to search for the other missing persons.
Nakasiita warned that such disasters might be on the increase this month due to the expected heavy rains around the country.
The Red Cross spokesperson said they have in the past issued an early warning that a number of areas including Kasese are at risk of landslides due to heavy rains.
“We continue to do community sensitization and rescuing in case of any emergencies or disasters recorded in any part of the country.
In the past years, Kasese district has been experiencing floods and landslides during the rainy months of the year.
These have left people dead, houses washed away, other property destroyed and thousands displaced.
The situation has been exacerbated by some locals who use poor farming methods, especially those living in hilly areas making their areas likely to experience the disaster.
The Uganda National Meteorological Authority recently warned that the Rwenzori sub region which takes charge of the districts of Kasese, Ntoroko, Bundibugyo, Kabarole and Bunyangabu is currently in the middle of the seasonal rainfall that they said will continue until mid to late November.