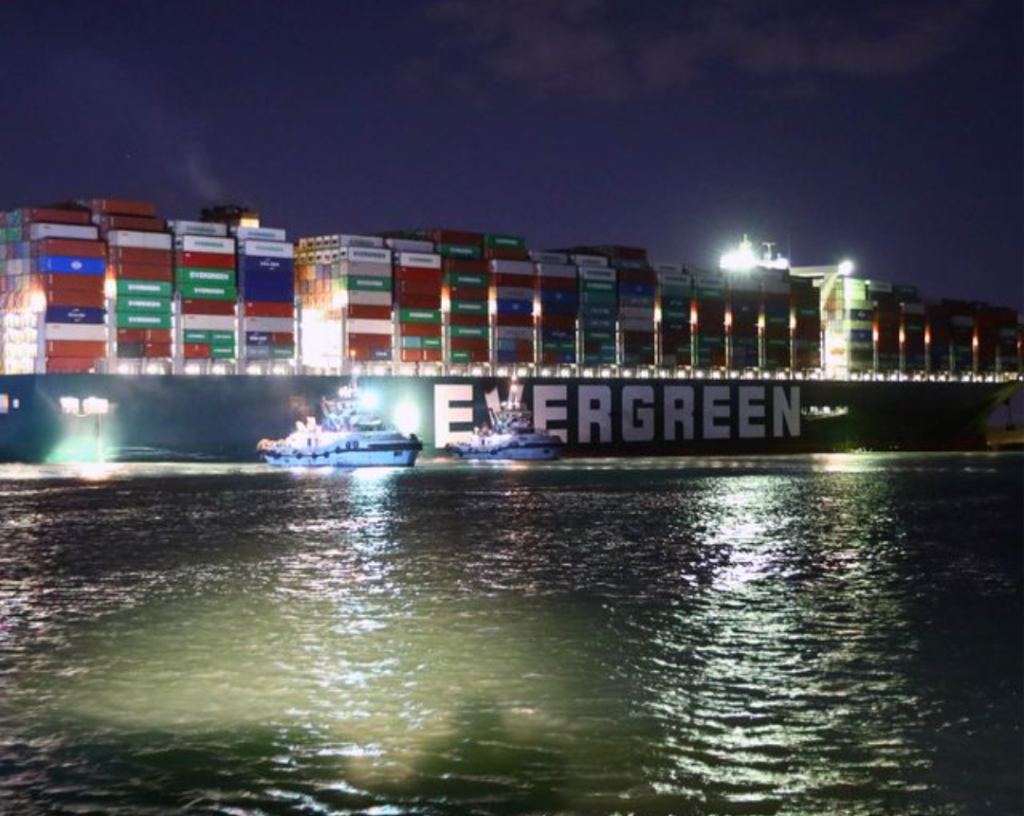 Authorities in Egypt have impounded a giantship that blocked the Suez Canal and crippled world trade for nearly a week in the face of a financial dispute with its owner.

Suez Canal Authority (SCA) chief Lieutenant General Osama Rabie said on Tuesday the hulking Ever Given would not be allowed to leave the country until a compensation amount was settled with the vessel’s Japanese owner, Shoei Kisen Kaisha Ltd.

“The vessel is now officially impounded,” he told Egypt’s state-run television late on Monday. “They do not want to pay anything.”

The protection and indemnity insurer for the Evergreen said in a statement Egypt had filed a compensation claim for $916m against Shoei Kisen. The insurer added it was disappointed that the container ship and its crew were being held in the canal until compensation was paid.

A source with SCA, who declined to be named, told Reuters news agency earlier on Tuesday a court order had been issued for the ship to be held, adding that negotiations were still taking place.

The Taiwanese operated and Panama-flagged cargo vessel got diagonally stuck in the narrow but crucial global trade artery in a sandstorm on March 23, setting in motion a mammoth six-day effort by Egyptian personnel and international salvage specialists to dislodge it.

The unprecedented six-day shutdown, dewhich raised fears of extended delays, goods shortages and rising costs for consumers, added to strain on the shipping industry already under pressure from the coronavirus pandemic.

Maritime data company Lloyd’s List said the blockage had held up an estimated $9.6bn worth of cargo each day between Asia and Europe.

In its court filing, the Suez Canal Authority referred to Articles 59 and 60 of Egypt’s maritime trade law which stipulates that the ship would remain seized until the amount is paid in full, state-run newspaper Al-Ahram said.

The Suez Canal earned Egypt just over $5.7bn in the 2019/20 fiscal year, according to official figures.

The mega ship owned by Japanese national, veered off course and ran aground on Tuesday when strong winds whipped up a sandstorm that affected visibility causing a stampede on water transport for a week on suez canal.