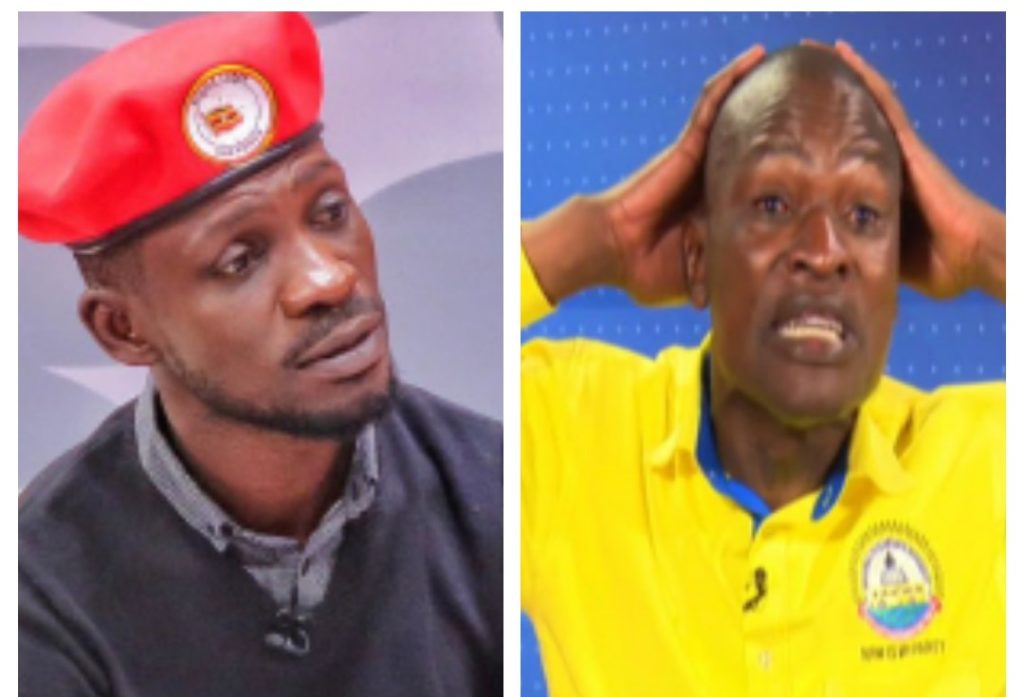 In his lethal words which he uttered while appearing at one of the local TV stations, Tamale said thus;
“I keep telling you that you collected only fools in your party. Unfortunately, you gave them big jobs because you think, that when you over feed a pigeon(enjibwa), it can lay for you an ostrich egg (eggi lya maya). Never!

You believe that when you get boda boda and fuel it until it pours out, that boda will chase and overtake a rally car?

If this govt was bright, it would allow Bobi Wine to do his concerts in Uganda. When they stopped him, he now does his shows abroad.

You want to tell me that a man who was earning in shilling but now has started earning in pounds and dollars while making international friends with a lot of political influence has been weakened financially?
Simple brain work.

This is bakikanyuga kulalira naye haaaa. You men are very foolish people. Now you start a campaign that he is with homosexuals ,thinking that, that campaign will make people hate him yet, ntwe ya pusi (andrew) a president’s adviser used money to go to court to fight for homosexuals so that the law is removed? You think people forgot!!

Wasn’t it the presidents boys who petitioned that the anti-gay Act be scrapped by court? Now you think that people are stupid like you?

I tell you, Bobi is getting a lot of campaign money from his international friends and donors than he would get in concerts here in Uganda. You intended to make him broke but opened him doors, muli basilu you people. You are like a person who hides a snake in the grass. By the time you come to pick your snake you wont find it.

Bobi is not the sad, bitter all time-crying politician you wanted him to look like. In one day you find ten thousand posts about Bobi wine on social media.

Very many times the number of the posts of the president and all his party members dead or alive gather in a year. But because your people have low thinking capacity, they also post about Bobi thinking that they’re abusing him yet ,they’re popularizing the young man.

It’s time people in NRM borrowed the Ngombo ya Bobi. MWEBELELEMU you are the second fiddle now and he is the Big drum.
Now there’s Bebe Cool, I see him as a blind man. He thinks that when a donkey feeds well it can become a horse.

You call yourself omunene but when you go to town people just beat you, but the one you call small walks in town you see the state shaking, the govt goes into shock. Stop this silly belief that you are big. The silent majority is just a silly majority if they are even there.

I have never seen more than 50tshirts of this silly majority yet they’re free and those who put them on are paid. Yet people power T-shirts are 50,000 and when you put it on emigo givuga but people have them.

You are the only married man who has remained a baby. In English we call you a big baby. Oli munyampi bunyampi nothing more.
Ngalabi zinoo!”