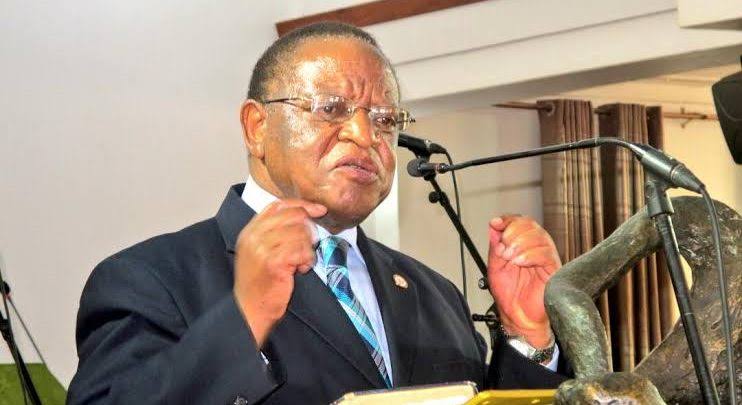 Dr Ezra Suruma
This is an article by former Finance Minister Ezra Suruma on why Ugandans will remain poor as long as they don’t control capital.

One of the most blatant aims of new colonialism (neocolonialism) is to ensure that Africans are denied access and control of capital.

The evidence is overwhelming.

It started in 1987 when the World Bank financed consultants to do “diagnostic “ studies of locally owned banks: Bank of Uganda, Uganda Development Bank, Cooperative Bank and Uganda Commercial Bank.

The findings were that all these banks were poorly managed, insolvent and candidates for restructuring, closure and privatization.

The financial sector reform that ensued is discussed in my book: Advancing the Ugandan Economy, published by the Brookings Institution in 2014.

The law governing the Bank of Uganda was scrapped. A new one was written.

The main change was to make the Bank of Uganda independent of the Ministry of finance in particular and of government in general.

That is why BOU can close domestic banks as if they are private property without bothering what parliament or any other branch of government thinks.

They have successfully ensured that foreign banks ( read colonial banks) dominance grows and indigenous banks are harassed and closed.

This is a critical hypothesis which all patriotic Ugandans can study and accumulate the evidence to show that neocolonialism in the financial sector has increased.

Everything possible has been done to deny Ugandans access to

The ownership and control of capital. This in turn has ensured that foreign investment is favored over domestic investment. Without capital Ugandans are destined to be laborers. Those who are not laborers will be unemployed beggars however educated they maybe.

The rest will emigrate to the Middle East to work as slaves.

Secondly, the law governing the supervision of banks was also rewritten in 2004 so as to strengthen the powers of BOU in their supervision, making it impossible for Ugandans to start a bank by increasing the capital needed beyond their means.

You need 25 billion to start a commercial bank! Even those who had started earlier were made to sell to foreigners as the minimum capital required kept rising.

For example, Kigezi Bank of Commerce which we had started to help in developing Kigezi area struggled to remain open when the minimum capital required was increased from 2 billion to 5 billion.

We were forced to look for new investors both domestic and foreign.

The domestic investors brought in very little. We were lucky to get some Asians from Kenya who came in and now owned 76 percent of the bank.

Temangalo saga which our enemies were using to stop us from regaining control of the bank.

In the end it was closed anyway because the neocolonial masters and their agents are determined to stop Ugandans from owning and controlling capital.

Similarly, Uganda Commercial Bank was privatized because the colonialists could not bear to see Ugandans controlling such a strong bank with nearly half of all bank deposits in Uganda.

At first they gave the excuse that it was insolvent. I gave up my position as Deputy Governor and went to UCB and restructured it.

It became profitable. I was triumphant and told the World Bank that the UCB was now profitable so there was no need to privatize it.

The World Bank delegation remarked casually, to me, that “now it will fetch a better price.” That is when I realized that “insolvency “ that is, lack of profitability, was just an excuse to take the bank from us. The bank had been profitable from 1965 to 1987 except for 1978 when their buildings in Masaka were destroyed in the Tanzania war so the loss of those buildings were written off resulting in an overall loss. Otherwise the bank had a history of profitability.

The fact that it was government owned had not stopped it from profitability.

Today the four biggest banks in terms of assets in the whole world are government owned: ICBC, China Construction Bank, The Agricultural Bank of China and Bank of China. The idea that government cannot operate a profitable institution is a sickening lie.

The President of Uganda resisted successfully pressure from the IMF to sell Uganda Development Bank.

When I became minister of finance in 2005 I was immediately required to come up with a paper on micro finance. I moved around the country looking for examples of successful micro finance practice.

I found successful saccos and recommended that model. It was adopted by cabinet. My colleague General Saleh worked with me to draft regulations for the Saccos. Before we could take them to Parliament for adoption we were dropped from finance! In my case I had just been voted the best Minister of finance with GDP economic growth rates ranging from 7% to 10.3% perhaps the highest on record!

Looking back I wonder if my dismissal in 2009 when our attempts to build local capital through SACCOS was similar to my dismissal in 1996 when I was sacked from UCB for making it profitable and resisting its sale.

When we proposed SACCOS as a means to increase domestic savings and credits for our people we knew that they had to be effectively regulated. Without regulation and supervision people’s money would be stolen.

When we left finance in 2009 the regulations were put aside until 2018 when they were finally legislated by Parliament.

By then many saccos including the one in my parish which had once flourished and helped so many people had failed.

Herbert Sabiti’s observations about the extension of BOU into savings and profit cooperatives will see the last window of freedom to form local capital subjected to the control of the number one neocolonial agency in Uganda. The facts are clear: Bank of Uganda has the most continuous presence of foreign advisers of any institution I know of in Uganda. The impact of that advice is the closure and persecution of Indigenous financial institutions. It is clear that no ugandan can open a bank now. The bank of uganda has made sure that that no longer happens. Moreover, even the few avenues that we tried to open for Ugandans such as saccos are being closed.

The threat to our future has never been greater than it is today. The ideology that foreign capital should be given every privilege while African investment is persecuted and treated with contempt is before our eyes. We are made to see foreign investment being praised as our own businesses and lands are taken over by foreign banks because we cannot repay loans from foreign banks given to us at exorbitant interest. The lies tha interest rates would come down if UCB was privatized were precisely that: lies.

From Congo to Cape Town the economic fate of the Blackman is as precarious as the fate of the young men on boats in the Mediterranean Sea or the young girls traveling to the Middle East only to end up as slaves, prostitutes and organ donors. Do not be deceived. Colonialism is not only real it is growing and we are losing even the land we had remained with at “independence “. If you do not believe me check your parish and see how much land remains with the natives and how much has been bought by foreigners. I hope I am wrong. But do the research and let us know on this platform.

Our Lord was crucified for telling the truth and doing good. I am afraid we have no choice but to walk in his footsteps even as we Mark remembrance of Janan Luwum and the Uganda martyrs.

“There is no greater love than this: that a man gave his life for his friends.”