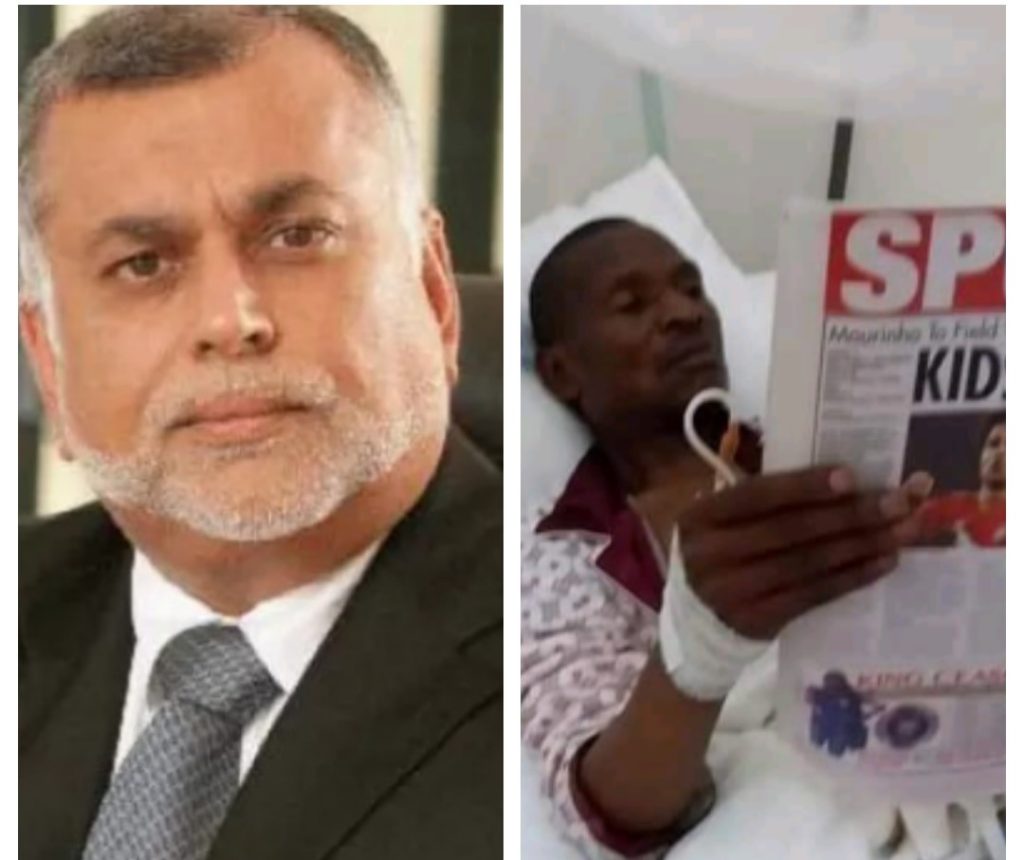 Kampala mogul Dr Sudhir Ruparelia, of the Ruparelia Group and Ruparelia Foundation, has expressed his generous heart once again after paying Tamale Mirundi’s medical to zero.

Mirundi has been hospitalised at Kisubi hospital since last week, where he was rushed after getting thoracic complications, which deterred him to talking.

However, after getting medical attention from surgeons at Kisubi Hospital, Mirundi reportedly failed to pay the hefty medical bills and despite  being the Presidential Advisor on media affairs, government refused to intervene.

So after getting stuck in hospital, Mirundi passed out word about the matter and before long  bags of money had been delivered to his sickbed courtesy of Dr Sudhir, Frank Gashumba, Salim Uhuru and young tycoon Hamid Kiggundu aka Ham.

However, soon after receiving the bags of money Mirundi announced to the medics and Rajiv Ruparelia, who had gone to check on him, that he had recovered and wanted to return home.

He humbly thanked Dr Sudhir, Ham, Uhuru Gashumba and others who contributed money for his medical bill.Mirundi is a popular political analyst in Uganda, who is hosted at several radio and TV stations to discuss current affairs.

He is also an author who has written several books and his latest one is titled ‘Abanyampi.’