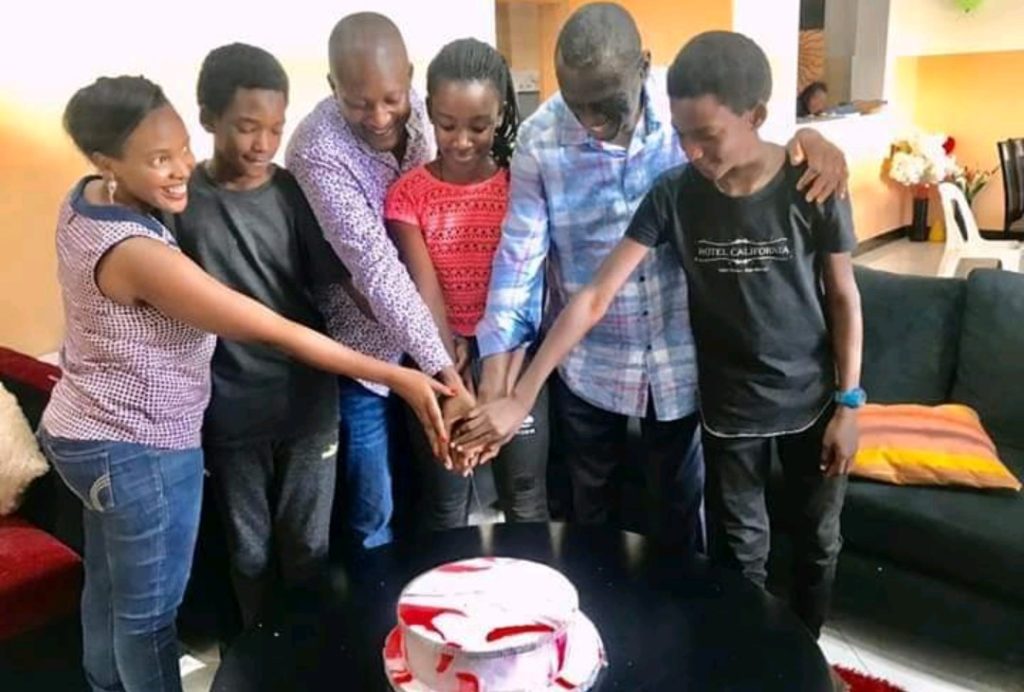 Dr Kizza Besigye, the four-time presidential contender of the Forum for Democratic Change (FDC) ticket, has dedicated celebrations for this year’s Festive season to Makerere University Professor Dr Stella Nyanzi, who is jailed at Luzira prisons.

Besigye made this revelation on Tuesday when he visited Dr Nyanzi’s children on Christmas Eve, at their home in Kungu, near Kyanja, a city suburb, who he interacted with and later exchanged Christmas presents.

The president also gave Christmas presents to the three children, Kato Bah, Wasswa Bah and their sister Baraka Bah, who in return gifted the people’s with two rabbits.
They also served him tea and later they cut cake after praying and making God to make Dr Nyanzi strong during this difficult time she is going through.

Dr Nyanzi was jailed in August this year jailed by Buganda Road Magistrates court Justice Gladys Kamasanyu who found her guilty of disturbing the person on President Yoweri Museveni.

Humbled by the surprise visit, they also prayed for Kizza Besigye to prevail and overcome all political challenges.

The children stay with their Untie Sheila.