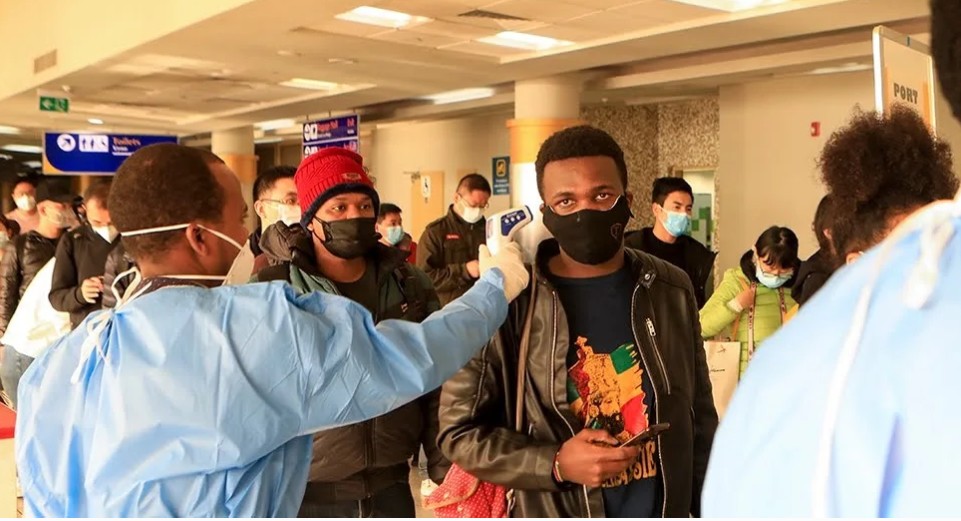 Although Africa was largely spared the rapid spread of COVID-19, which has infected thousands and killed nearly 5,000 so far, several African countries are registering new cases of infections.

Over the weekend Kenya, Ethiopia, Sudan, Rwanda and Guinea announced their first confirmed cases of Coronavirus as the disease has now spread to at least 18 countries in Africa.

Rapid testing and quarantines have been put in place to limit transmission. But concerns are growing about the continent’s ability to handle the disease.

In the Kenyan capital Nairobi, authorities banned all major public events and said they would restrict foreign travel.

The mayor of Ethiopia’s capital Addis Ababa urged citizens to avoid close personal contact but the health minister said there were no plans to cancel flights.

Most of Africa’s reported cases were foreigners or people who had travelled abroad.
Kenyan Health Minister Mutahi Kagwe on Friday said their first case, a 27-year-old Kenyan, was diagnosed on Thursday after she travelled home via London on March 5.

He said the government had traced most of the people she had been in contact with, including fellow passengers on her flight, and a government response team would monitor their temperatures for the next two weeks.
The Ethiopian case was a 48-year old Japanese national who arrived in the country on March 4, the health ministry said.

Guinea’s first case was an employee of the European Union delegation, who had self-isolated after she felt ill upon returning from Europe, the EU delegation said.

Sudan’s first confirmed Coronavirus case was a man who died on Thursday in capital Khartoum, the country’s health ministry said. He had visited the United Arab Emirates in the first week of March.

Only five people have succumbed to coronavirus so far – all in North Africa – with the Sub-Saharan region recording no deaths and very low numbers of confirmed cases.

Safety measuresThe island nation of Mauritius, whose economy depends on tourism and financial services, said it was seeking to mitigate the effects of the virus by offering liquidity to banks to support struggling firms and cutting the cash reserve requirements for banks. Mauritius has not yet reported any cases of COVID-19 so far.

In Rwanda, which shares a border with the DRC, which has confirmed cases, washbasins with soap and sanitiser have been placed on streets for commuters to use before boarding buses.

Authorities in Kigali, the capital, have also banned concerts, rallies and trade fairs – although church services have been proceeding and bars, restaurants and entertainment precincts remain open.

Neighbouring Burundi, meanwhile, has quarantined 34 people in a hotel in Bujumbura as a precaution.

Uganda has ordered that visitors from a number of affected countries self-quarantine for 14 days, or consider simply not visiting at all