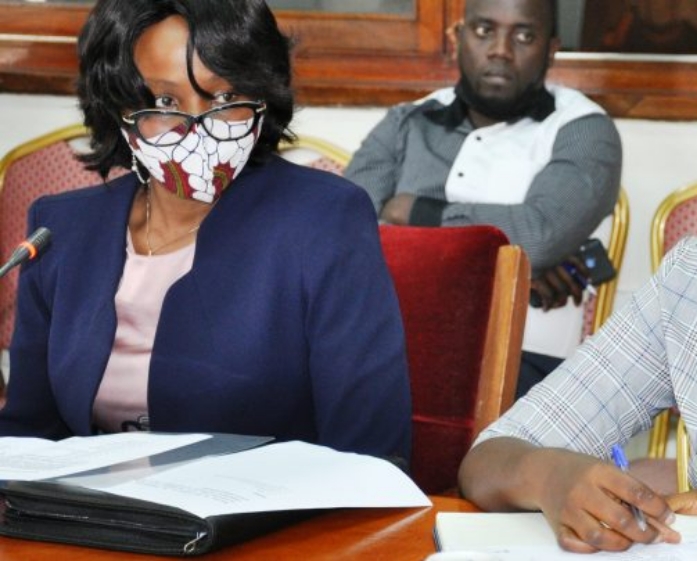 Members of Parliament have resolved to involve the International Criminal Police Organization-Interpol, to hunt down Barbara Imaryo, the Uganda Land Commission-ULC secretary who is wanted to face accountability probe.

Led by their Committee chairperson Joel Ssenyonyi, the lawmakers on the Parliamentary Commission, Statutory Authority and State Enterprise – COSASE made the resolution during a sectoral meeting on Thursday.

This came after Imaryo, for the seventh time snubbed the committee’s summons to appear and answer to queries, among others the irregular compensation payment of 10.6 billion Shillings to six claimants, two of whom are non-existent without the commission’s approval.

The chairperson Joel Ssenyonyi disclosed that despite the arrest warrant they issued to the Parliament’s Police Commander to arrest Imaryo on site, the police have since failed to effect the directive after reports emerged that the suspect is being protected by ‘powerful people’ in government and may be helped to flee the country.

Ssenyonyi said that Imaryo, also the commission’s accounting officer, is hiding or believed to have been aided to flee the country by her ‘godfathers’, prompting them to seek an audience with the Inspector General of Police to engage Interpol.

Elijah Okupa, the Kasilo County lawmaker observed that the monies that have been unlawfully paid out are huge and hiding from the truth will worsen Imaryo’s situation because her and the ‘god fathers’ will ultimately be exposed.

The MPs also resolved to publish Imaryo’s photo in the national papers to escalate the case and alert the public. The committee also handed over Siraj Isabirye, the former Senior Accountant of the Uganda Land Commission to the Criminal Intelligence Investigations Department – CIID on Thursday after he failed to corroborate the queried financial transactions he effected.

A sum of 1.2 billion Shillings was paid for outstanding arrears that related to the previous year but were not recognized in the financial statements as payables. Further, a withholding tax of 22 million Shillings was not paid to Uganda Revenue Authority – URA. While appearing before the MPs, Siraj Isabirye, the former ULC accountant said he was pushed to pay the money to the claimants following Imaryo’s directives