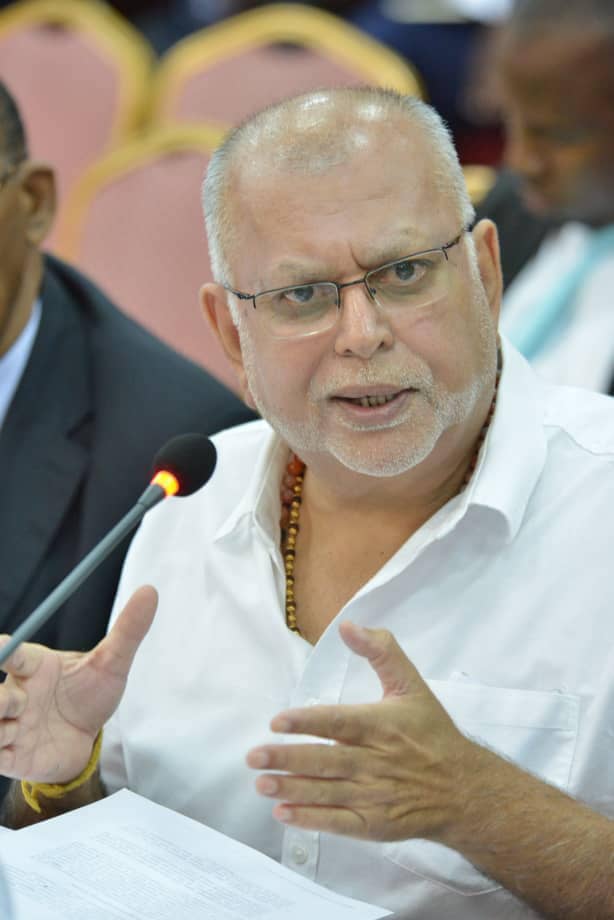 Makindye East Member of Parliament Ibrahim Kasozi and other MPs on the Committee on Commissions for Statutory Authorities and State Enterprises  (COSASE) have been cited in a plot extort millions of shillings from city mogul Dr Sudhir Ruparelia.

The Kasozi-led COSASE is investigating the acquisition of Departed Asians’ Properties and want to ask Sudhir questions regarding how he acquired some properties under investigation.

But it is said that instead of summoning Sudhir through the normal procedures that Parliament usually follows when summoning people, Kasozi and COSASE summoned him through the media, something that is very unusual.A document seen by this website dated December 3,  2019, signed by Ibrahim Kasozi, indicates that Sudhir was expected to appear before COSASE on December 4, 2019 (today) and our insiders reveal that Kasozi had plotted to hand him over to the Criminal Investigations Department of Parliament to record a statement on how he acquired the said properties.

However, through his lawyers of Walusimbi & Co. Advocates Sudhir wrote back to COSASE availing them with details of how he acquired the said properties and  wonders why Kasozi insists that he must appear before COSASE.
In response to Dr. Sudhir’s lawyers Kasozi wrote and gave details of the properties that Sudhir allegedly bought to wit; 1. Plot 43 LRV 771 Folio 23, Jinja Road Kampala, 2. Plot 24 Kampala Road., 3. Plot 26. Republic Street Mbale, 4. Plot 3 & 5 LRV 205 Folio 11 Bombo Road, Kampala.

However, in his response, Sudhir’s lawyers wrote thus;

1. On Plot 43 LRV 771 Folio 23, Jinja Road Kampala;
Dr. Ruparelia has no knowledge of this plot belonging to him or any of his businesses, he has instructed his lawyers Nelson Walusimbi to investigate this in the land registry.
2. On plot 24 Kampala Road;
The property was resolved by a court’s ruling LD CR No. 16 of 2012 between Meera Investments and Departed Asian Property Custodian Board, clearly a decision made by court cannot be inquired on by a Parliament committee unless the committee is inquiring about the judiciary which is not the case, the principals of separation of powers should apply.
3. Plot 26. Republic Street Mbale
Dr. Sudhir bought this property from Nakasero Soap Works Limited and in his response to COSASE he attached documents relating to this purchase for the Committee to explore.
4. Plot 3 & 5 LRV 205 Folio 11 Bombo Road, Kampala.
Both properties were purchased from Joint Ven Limited, copies of purchase documents were sent to COSASE as attachments.

We have since learnt that Kasozi is not interested in the truth but rather in extorting money and embarrassing Sudhir. It should be noted that this is the second time Kasozi is attempting to invite Sudhir  before COSASE.

The first attempt was about the Bank of Uganda investigation that COSASE had planned to reopen with intent to extort money from Sudhir,  although the speaker of Parliament Rebecca Kadaga stopped it, since it was a wastage of tax money, because Parliament had already resolved the matter and made recommendations to executive, which are yet to be implemented.