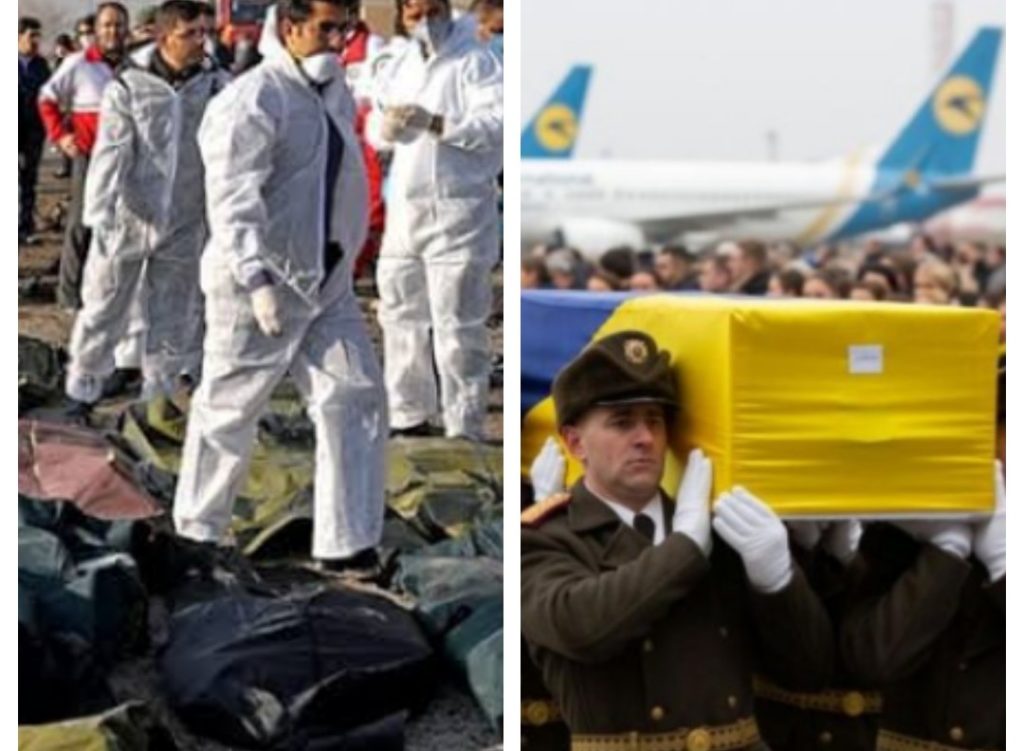 It was a sad moment in Kiev as the bodies of 11 Ukrainian citizens who died when a passenger plane was accidentally shot down by Iran this month were brought back to Ukraine on Sunday (Jan 19) in a solemn ceremony at Kiev airport.

All 176 on board the Ukraine International Airlines flight from Tehran to Kiev were killed when the Boeing 737-800 was shot down on January 8, at a time when Iran was on high alert for a US attack.

Most of those on board were Iranians or dual nationals. Canada had 57 citizens on board. Nine of the Ukrainian citizens were crew members.

“Today at Boryspil Airport the bereaved families and the whole nation have an opportunity to pay their respects to the Ukrainian crew and passengers of #PS752 who are now home,” Foreign Minister Vadym Prystaiko wrote on Twitter.

“Deeply grateful for the messages of condolence & solidarity that we have received from around the world,” he added.

With President Volodymyr Zelenskiy looking on, coffins draped in the Ukrainian flag were carried one by one from a Ukrainian military plane to waiting hearses at the airport.
Soldiers held up flags to represent the different nationalities of those who died.

Relatives came to the airport carrying bunches of flowers. Airline staff, some in tears, were waiting on the tarmac. Some knelt down as the coffins passed them.

Iran is trying to analyse the plane’s black boxes, the state IRNA news agency reported on Sunday, denying a report on Saturday that a decision had been taken to send the plane’s recorders to Ukraine.

The plane disaster sparked unrest in Iran and added to international pressure on the country as it grapples with a longrunning dispute with the United States over its nuclear programme and its influence in the region that briefly erupted into open conflict this month. Iran hit the passenger plane as retaliation against US drones bombed late Iran General Qassem Suleimani.