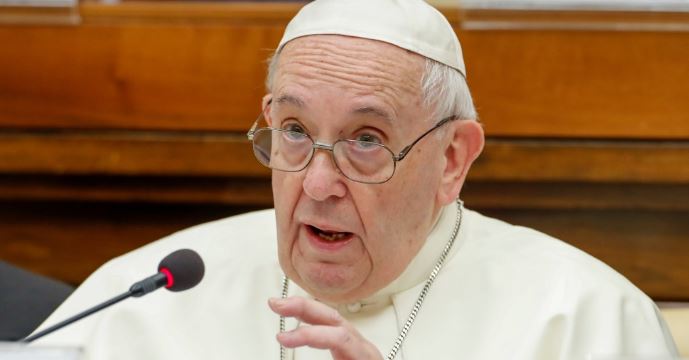 Hopes that the coronavirus would be contained to China have vanished as the first case in sub-Saharan Africa was announced in Nigeria and stock markets took a pounding amid fears of a global recession.

In China – the epicentre of the deadly disease – the National Health Commission reported on Friday at least 44 new coronavirus deaths, bringing to 2,788 the number of fatalities nationwide.

Coronavirus has killed more than 2,800 people and infected about 83,000 worldwide.

Here are the latest updates about Corona Virus Infections and Effects across the world:

A second case of COVID-19 has been confirmed in the Netherlands, health officials said. This latest case was reported in Amsterdam, the Dutch capital, while the first case, identified on Thursday, was confirmed in the southern city of Tilburg. Both individuals had recently travelled in Northern Italy.

Nigeria’s first confirmed case was not detected at airport, and travelled through Lagos before he became ill and went to a hospital, the country’s health minister said.

The Italian man, whom authorities said arrived in Nigeria from Milan on the evening of February 24, did not have symptoms when the plane landed.

Authorities are now working to “meet and observe” all those who were on the flight with him, and are also identifying all the people he met and places he visited in Lagos, a city of some 20 million people.

The United Kingdom is now reporting 19 confirmed cases of the coronavirus after Wales identified its first case and two new cases were found in England, health authorities said on Friday. “The total number of UK cases is 19,” the health ministry said.

Pope Francis was working from home, and cancelled postponed his official appointments, the Vatican said, a day after cancelling a scheduled appearance at mass because of “a mild ailment.” Francis had appeared earlier in the week to be suffering from a cold, seen blowing his nose and coughing during the Ash Wednesday service.

While the Pope, 83, celebrated morning mass, and greeted participants at the end, he cleared his schedule of everything apart from meetings at the Saint Martha’s guest house at the Vatican where he resides, chief press officer Matteo Bruni said in a statement. Francis had appeared to be suffering from a cold earlier in the week. Signs, coughing, vomiting and bleeding are some of the signs of coronavirus infection.

The Swiss government has suspended all events in the country involving more than 1,000 participants until mid-March in a bid to stop the novel virus.

“Large-scale events involving more than 1,000 people are to be banned. The ban comes into immediate effect and will apply at least until 15 March,” the government said in a statement after the country registered 15 cases.

“In the case of public or private events at which fewer than 1,000 people would gather, event organisers must carry out a risk assessment in conjunction with the competent cantonal authorities to decide whether or not the event can be held”, the statement read.

Moscow has announced new restrictions on people travelling to Russia from Iran and South Korea, two countries hit hardest by the outbreak of the new coronavirus.

A separate decree imposed restrictions on travel to Russia from South Korea, with exceptions including members of official delegations.

Mongolia President Khaltmaagiin Battulga and his accompanying staff who travelled to China on Thursday have been placed under quarantine, according to Mongolian state media outlet Montsame.

Battulga was the first foreign leader to visit China amid the Coronavirus outbreak. In January, Mongolia shut its borders with China, to prevent the spread of the virus. So far no cases of coronavirus have been reported in Mongolia.

Belarus has reported the first case of coronavirus infection in the country, according to Russian news agency TASS,

“We would like to inform you that February 27 tests conducted at the Republican Scientific and Practical Center of epidemiology and microbiology showed the presence of coronavirus 2019-nCoV in one of the students from Iran,” TASS quoted the Belarussian Ministry of Healthcare.

The death toll in Iran from coronavirus had risen to 26, by far the highest number outside China.

South Korea reported 256 new coronavirus cases on Friday, bringing the total number of infected in the country to 2,022, the Korea Centers for Disease and Control and Prevention said.

Of the new cases, 182 were in the southeastern city of Daegu, the location of a church at the centre of South Korea’s outbreak, the KCDC said in a statement. The death toll from the virus stood at 13, unchanged from the day earlier.

The coronavirus, which originated in China, has rapidly spread to more than 40 other countries and territories.

Nigeria becomes the first sub-Saharan country to confirm a coronavirus case, while several Asian and European countries. Meanwhile, it’s becoming increasingly clear the virus will take a large toll on the global economy, as the markets have their worst week since 2008