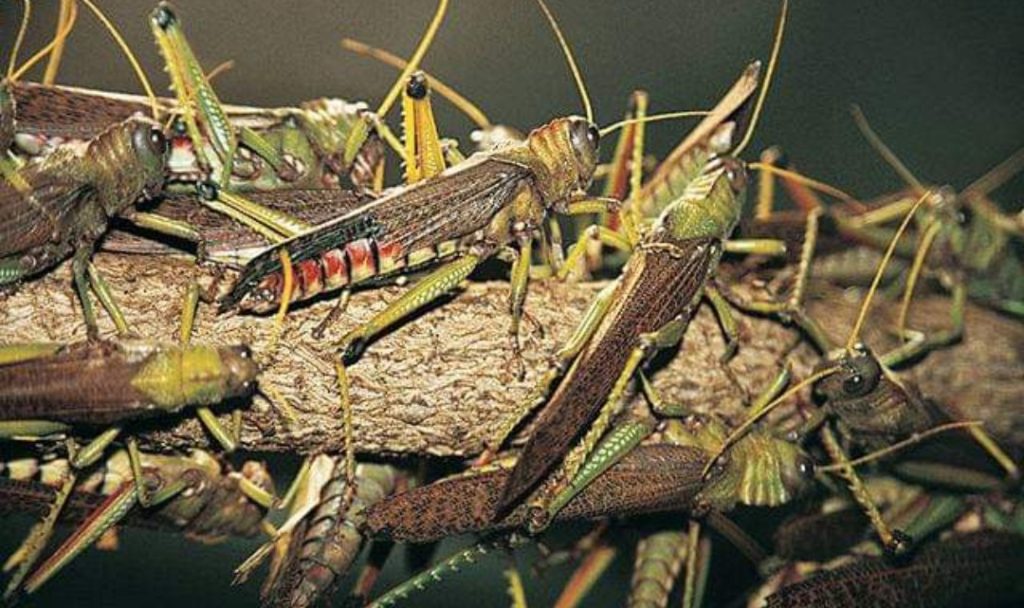 Swarms of desert locusts have been confirmed to have invaded parts of Uganda on Sunday afternoon.

Sources in eastern Uganda reveal that the locusts have so far invaded Amudat and neighbouring districts, although they are quickly spreading to other areas.

I have just received a phone call from my staff on the ground that the Desert Locusts are reportedly  just 4 km from AMUDAT District Kenya border.

They are currently in  a place called Kiwawa in Kenya. The Desert Locusts are expected to reach AMUDAT in a matter of less than an hour and they are predicted to approach AMUDAT District through Abwalinga and Ngongosowon villages of  AMUDAT Sub county and not Loroo Sub county as earlier on expected.

I Will keep you accordingly posted of the developments regarding the Desert Locusts impending disaster. Thanks. Yours Sincerely, LODUNGOKOL Simon Peter/ DAO AMUDAT DISTRICT.”

The desert locust (Schistocerca gregaria) is a species of locust, a swarming short-horned grasshopper in the family Acrididae.

Plagues of desert locusts have threatened agricultural production in Africa, the Middle East, and Asia for centuries.

The livelihood of at least one-tenth of the world’s human population can be affected by this voracious insect.