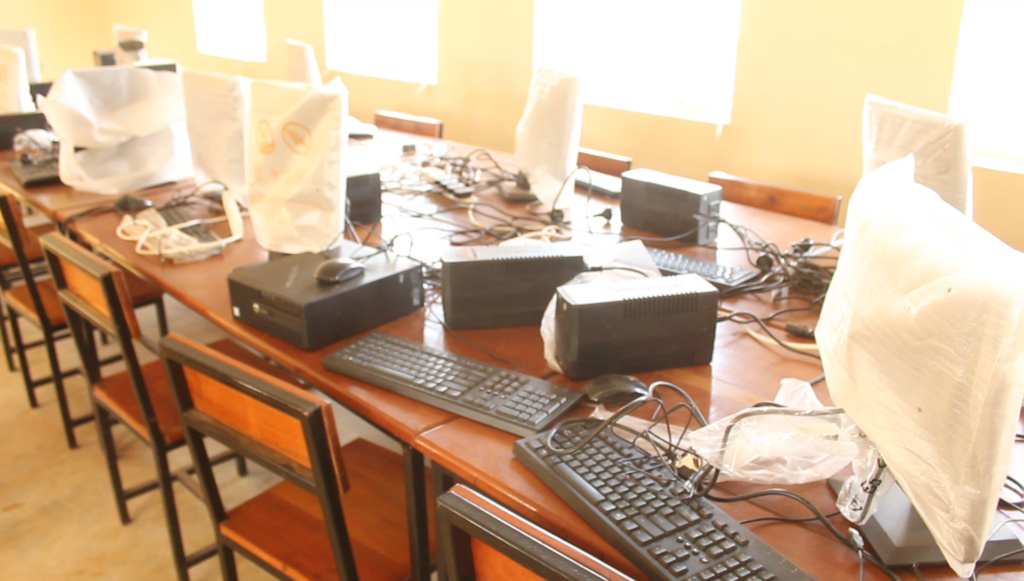 Just hours before the final exams for the candidates, schools in the district of Buikwe are in trouble because of parents’ failure to finish their school fees.
In the same district students at Suggu seed secondary school in Buikwe town council are on the verge of not sitting their final ICT exams because of stolen computers from the ICT laboratory.
A few weeks ago unknown people broke into the school’s computer laboratory and made away with over 50 computers living monitors and keys behind, causing suspense to the school administration and leaders.
The incident prompted the Buikwe south legislator Dr. Lulume Bayiga to task the school administration to explain the whereabouts of the computers. Lulume said that the head teacher should be accountable for the missing computers.
“This is taxpayers money and I shouldn’t be silent when things are going astray, how are these ICT students going to do their exams? The head teacher should be held accountable” said Furious Bayiga.
The deputy head teacher Hamid Nsubuga admitted that the computers are missing but the school is trying as much as possible to devise means on how the students will sit their paper.
Nsubuga stressed that the school has no perimeter wall and electricity and the culprit must have utilized that opportunity, he said the case was reported to Buikwe police and investigation is ongoing.
Suggu School is among the 2.2 billion schools that the government handed to districts five months ago and these schools were fully equipped with facilities that included a library, computer lab, solar system and water tanks.
Related to the above, some of the schools in Buikwe including Ngogwe Baskerville secondary Hilltop School, Victoria SS in Bukunja the headmasters are struggling with debts saying they have even failed to feed their students. Schools blame this on parents’ failure to pay fees for their children
On that issue Buikwe south MP Dr. Lulume Bayiga while visiting students who are going to sit for the exams said that parents who have failed to pay are fishermen and were driven from the fishing activities which were their source of livelihoods.
Bayiga partially blamed some parents who have reluctantly refused to pay for their children thinking that the government will provide everything to their learning students.