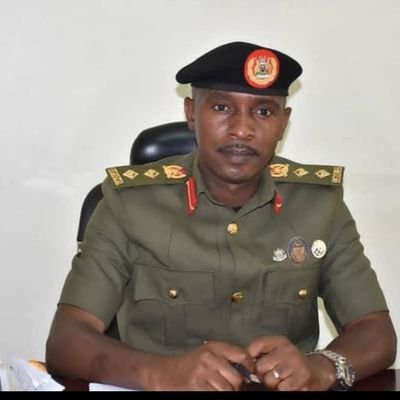 President Yoweri Museveni who is also the commander in chief of the armed forces has re-appointed Col Deo Akiiki as the substantive Defence and army spokesperson.
Col Akiiki’s appointment takes immediate effect as he replaces Lt Col Ronald Kakurungu who had been appointed in the position in June last year.
In July, Col Akiiki graduated from the Senior Command and Staff College (SCSC), Kimaka in Jinja City having completed a year’s course in which he excelled as the best student at central lecture hall contributions.
Having served as spokesperson at different levels within the army, Col Akiiki has immense experience in the position and this was previously exhibited during his first stint as deputy defence spokesperson since 2017 until last year when he vacated the position to go for a course in Jinja.
Col Akiiki has in the past served as the UPDF fifth infantry division spokesperson, AMISOM Public Information Officer in Somalia and also the Director Strategic communication in the Ministry of Defence and Veteran Affairs.
Last year, he rose to the rank of Colonel, in a promotion that has been described as one meant to reward him for the service he has offered to the country.