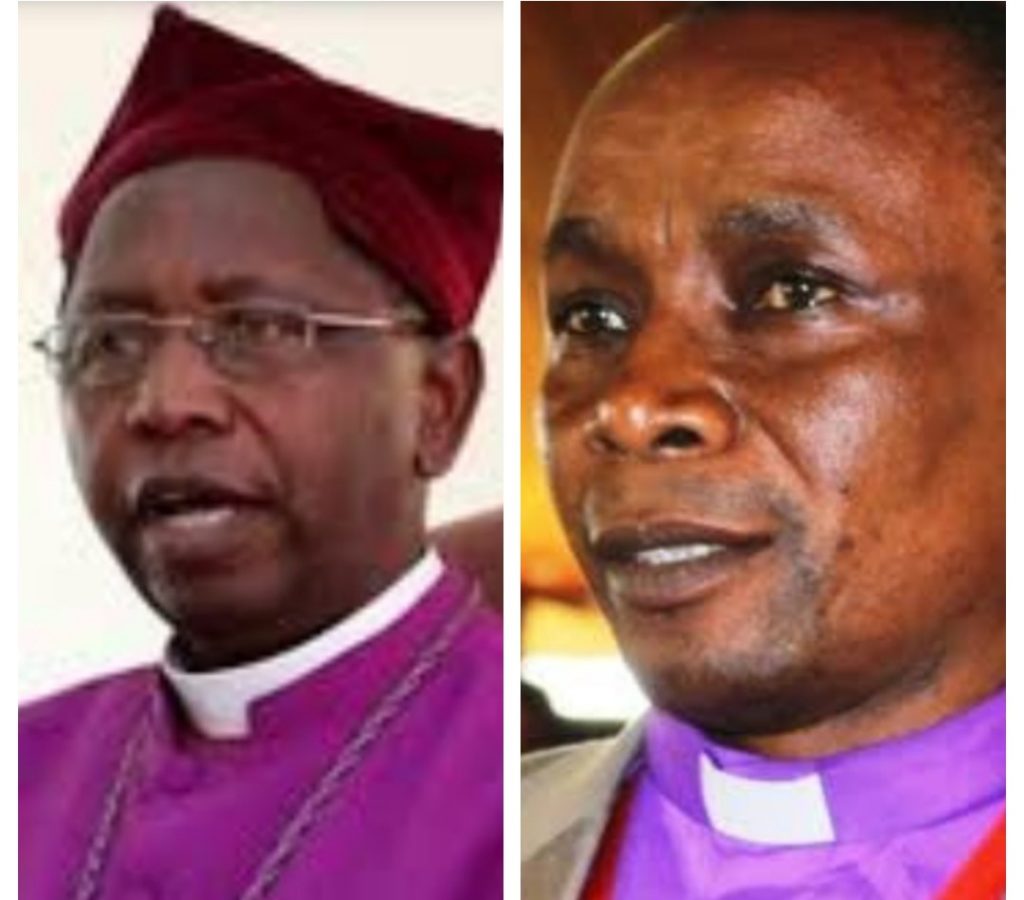 Christians of Rugyeyo Parish, in Kinkizi District, have petitioned outgoing Church of Uganda Archbishop Stanley Ntagali to reign in on their Bishop Dan Zoreka, whom they allege connived with several other clergy to swindle hundreds of millions of shillings.

Led by John Bindeba, of Rugyeyo Parish, the Christians want Ntagali to defrock Bishop Zoreka for among other things impersonation, lack of academic qualifications and financial abuse.

In his petition dated November 28, 2019 titled COMPLAINT AGAINST REV. DAN ZOREKA THE BISHOP OF KINKIZI DIOCESE, Bindeba alleges that;”I greet you in the name of God.I am a believer and one of the Members or Christians of Rugyeyo Archdeaconry, one of the archdeaconries  that make Kinkizi diocese.

The Notice or complaint comes at a time when tension and hatred are the order in the diocese to the extent that we have become a story in the Red Pepper.

I have good information or a rich background about the matters in the diocese and I will inform you and go ahead to make a request to meet or address you to save the church as early as possible.

Uganda National Roads Authority is constructing a road which affected the Church land. Respective schools were compensated  and the total sum is 2 billion Shillings.
However, the Bishop, Diocesan Secretary and Diocesan Treasurer resolved that respective schools surrender 50% of the compensation, which we have considered as unfair, yet this compensation is not accounted for and there is no effort to account for such.

In fact, the clergy and synod members were shocked when the Bishop failed to mention the compensation in his charge.

The three office bearers mentioned above that indicated that there was a percentage  which was supposed to be sent to the province which was never sent and the faithfuls are concerned.
The clergy who occupy high offices or high posts and lack the moral and academic qualifications and this has motivated the clergy who have qualifications.

A case in point is  the archdeacon of Nyamirama Church of Uganda, who does not possess the qualifications as provided  by the Canons of the Church of Uganda and this has disturbed so many church members. He only completed P.4 and never pursued  the three year course to priesthood.

However, I have information that he never completed or passed the course and doesn’t have a certificate issued by the National Institute of Education Makerere University,  the then issuing authority or body.  He does not have a Certificate of Registration as a Grade 11 teacher from the Ministry of Education and Sports.

All these explain the management problems the Diocese is going through.
I will also inform you that the Boys’ Dormitory of Kinkizi High School where the contractors did shoddy work and the building is on the verge of collapsing but the Bishop is insisting that the contractor should be paid. This is the building for which King Caesar Mulenga contributed Shs76m through Bishop Dan Zoreka but the money has never reached the school.

Also, a group of Bishops quietly secured a loan of Shs250 million from Post Bank and claimed it was for processing land titles for churches in the Diocese but it’s now  and the titles have never come out and no explanation has ever  been availed.

There are so many things that are not going on well that I have found it prudent to save the image of the church by writing to you and requesting you to intervene in the following manner;
Institute a Committee to investigate the Appointment of office bearers, do underground checks and find the background of the matter that was reported at  Kihiki police station vide SD 10/6/11/19 which reached Kibuli CID headquarters.

Give some elders an appointment at its earliest  to come and address you about matters concerning the Diocese.

Invite the Bishop and task him to explain why they have ganged up against the Clergy in the Diocese, why he appointed Rev. Benin Nkwasibwe, a P.4 dropout,  to a position that requires relevant academic qualifications.

Defrock the Bishop and ask him to apologize to the people of the Diocese for impersonating and going through the channels until he became Bishop with  false names, papers, etc, in fact we have learnt that his true names are Dan Mugisha.”

Meanwhile, we have learnt that the Bishop is erecting a multimillion swanky bungalow in the area, although it it not yet clear how he acquired the millions for the construction of the crib.

However, our efforts to contact Bishop Zoreka for a comment about these allegations were futile since he couldn’t be readily got on phone.