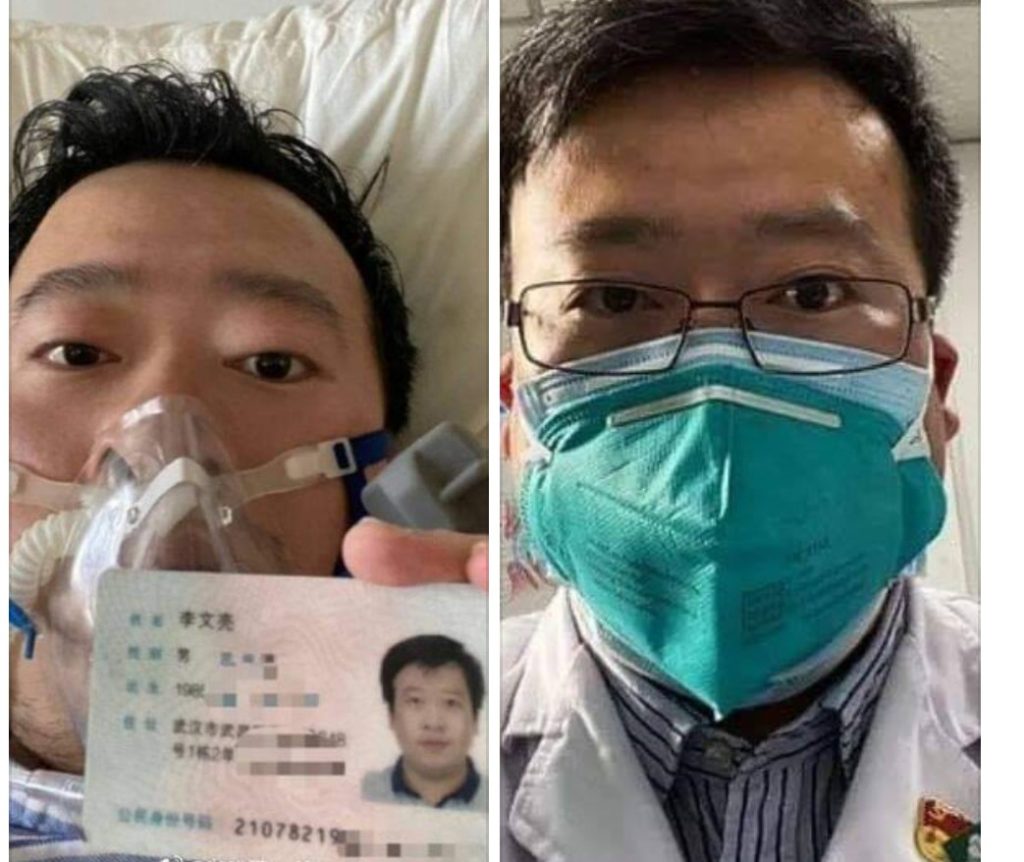 A Chinese doctor who became a folk hero after he was taken in by authorities for warning about the dangers of the deadly new Coronavirus now spreading around the world died Friday, after becoming infected with it.

Li Wenliang, a 33-year-old ophthalmologist based in Wuhan, the epicenter of the coronavirus outbreak, had captivated the country and triggered an extraordinary outpouring of emotion as he ailed.

In social-media posts, many Chinese directed their frustration at government officials who many believe didn’t respond quickly enough despite clear evidence of the developing epidemic. Millions of people flocked to a live stream about Dr. Li that was run by local media outside the hospital where he was being treated.

“An all-out effort to save him was unsuccessful,” the hospital said. “We deeply grieve the loss.”

At the end of the day Thursday, China’s National Health Commission reported 31,161 confirmed cases in China, with 636 deaths.

Chinese state media reported Thursday night that Dr. Li’s heart had stopped at around 9:30 p.m. and that he was immediately put on life support. The hospital where Dr. Li was being treated later said authorities were still fighting to keep him alive, but then it announced his death at 2:58 a.m. Friday.

After initial reports of Dr. Li’s death began circulating online late Thursday in China, including from the official social-media accounts of Communist Party publications, he was mourned and celebrated as a symbol of the public’s determination to find answers to still-unanswered questions about how officials first responded to the outbreak.

In an interview with the Communist Party-controlled Beijing Youth Daily newspaper in late January, Dr. Li recalled seeing reports in December of an unusual cluster of pneumonia cases linked to an animal market in Wuhan.

On December 30, Dr. Li told the newspaper, he sent a message to former classmates on WeChat, a popular messaging app, warning them of new cases of severe acute respiratory syndrome, or SARS. He later corrected that, saying it was an unknown coronavirus.

Dr. Li was later interrogated by party disciplinary officials and hospital management, who accused him of spreading rumors and forced him to write a statement criticizing himself, he told the newspaper.

“They told me not to publish any information about this online,” Dr. Li told the Beijing Youth Daily in late January. “Later, the epidemic started to spread noticeably. I’d personally been treating someone who was infected, and whose family got infected, and so then I got infected.”

In speaking out about the virus and about government efforts to silence him, Dr. Li drew comparisons to Jiang Yanyong, a surgeon who became a hero after blowing the whistle on Beijing’s efforts to cover up the extent of the SARS crisis in 2003. But people following the outbreak believe sickened medical staff in Wuhan number in the hundreds.

The Wuhan government doesn’t disclose the number of infected medical staff. To date, the most notable indication of infections among the medical community has come from Zhong Nanshan, another prominent doctor and a veteran of the 2003 SARS crisis, who disclosed in January that 14 medical staff had been infected by one patient.