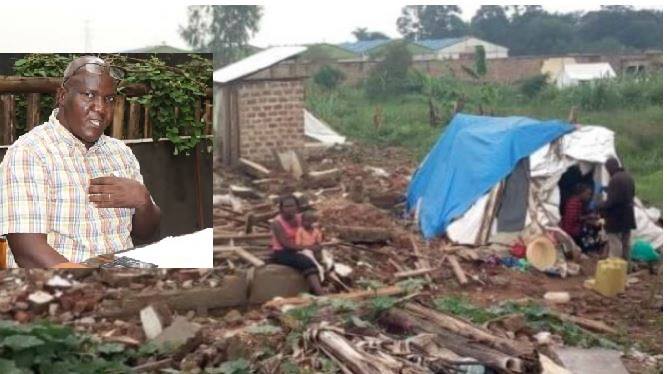 City businessman Medard Kiconco is spiting fire and cursing the law after the High Court Execution and Bailiffs Division halted the eviction of squatters from a contentious piece of land in Lusanja, Kasangati Town Council, Wakiso District.

It should be noted that Kiconco received an eviction order from the deputy registrar, Deo Nizeyimana, allowing him to evict about 128 squatters that High Court had declared trespassers.

Lady Justice Henrietta Wolayo on Friday issued the stay of eviction order barring the eviction process until the final hearing and disposal of their appeal against the High Court’s decision.

The affected squatters, through their lawyers, want the Court of Appeal to quash the October 4, 2019 decision of Justice Tadeo Asiimwe and declare them the registered rightful Kibanja owners.

In their grounds of appeal, the residents claim the trial judge erred in law and fact when he declared them trespassers on the land.

They also fault the judge for declining to physically visit the contested land during the trial and also failing to properly evaluate evidence on record.

The petitioners also claim that the trial judge erred in law and fact when he rejected the testimonies of some of their colleagues during the hearing.

They also claim the trial judge erred in law and fact when he held that Kiconco is the lawful owner of the contested land on Kyadondo Block 206, Plot 671 without giving room for mediation.

The land in dispute is part of a chunk of about 85 acres that the late Paul Bitarabeho bought in 1978 from the late mother of King Mwanga, Namasole Bagalaayeze Lunkusu.

In a related development, the Land Division is holding criminal sessions to dispose of at least 200 land cases that have been at the court for more than 10 years. The cases have been shared among 11 justices with instructions that each completes 20 cases in two months.

The sessions will be held in Kampala, Mukono, Mbale, Masaka, Mpigi, Kabale and Jinja High Courts.