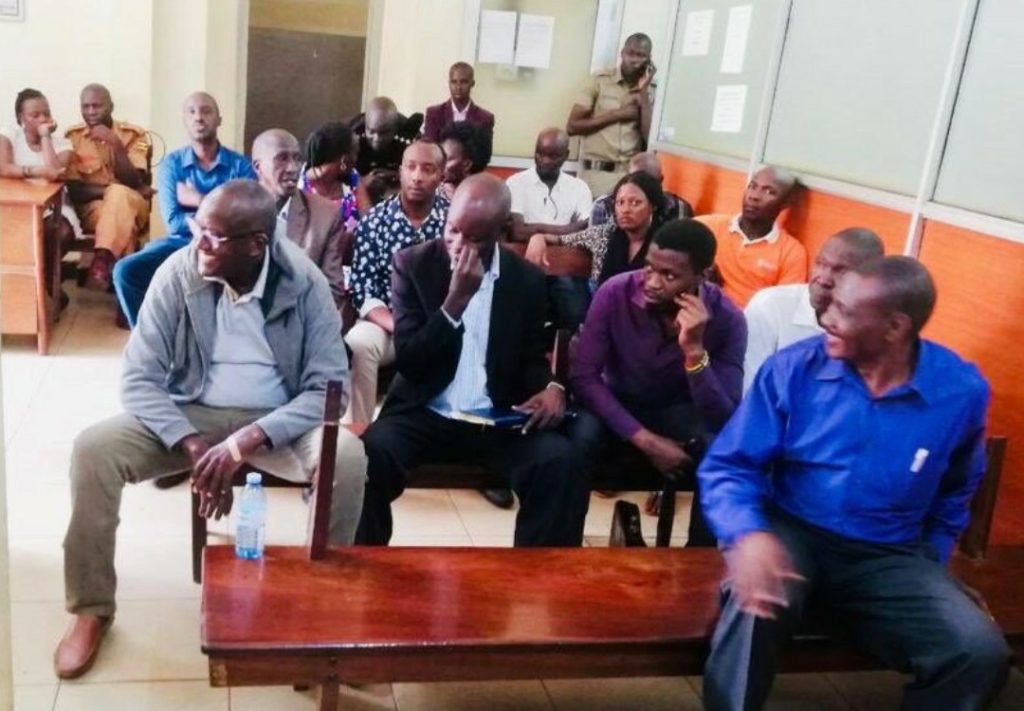 Rtd. Lt. Gen. Henry Tumukunde, one of the  National Resistance Army (NRA) Bush War Heroes, has Wednesday afternoon been charged with treason and remanded  to Luzira prisons by the Magistrates Court at City Hall, Kampala.

Gen. Tumukunde, who was arrested last Thursday from his offices in Kololo, was charged with treason and two counts of unlawful possession of firearms to which he pleaded nor guilty.

The treason charges arose from utterances he made in an interview on NBS TV a few days ago, during which he allegedly urged the Rwandan government to back forces in Uganda that seek to overthrow president Yoweri Museveni.

However, Court advised him not to plead to the treason charge, because it is a capital offense only triable by the High Court. He’s been remanded to Luzira Prisons till March 30, for mention.

He was brought in amidst heavy security deployment and media was blocked from covering the court session.

Although it is not clear whether the former security minister was tortured by security forces or not, he appeared to be so weak and had to be supported by soldiers to walk.
However, there are reports that Gen Tumukunde was admitted to Kampala Hospital after collapsing in army detention.

His lawyers Oscar Kambona and Alex Luganda who also accompanied him at the court had earlier on Tuesday demanded his unconditional release.

In their Habeus Corpus application filed before the Nakawa Chief Magistrates Court on Tuesday, the lawyers led by Anthony Wameli and Godfrey Turyamusiima allege that Tumukunde and 14 others were in detention beyond the mandatory 48 hours without any charges against them since their arrest on March 12th, 2020.