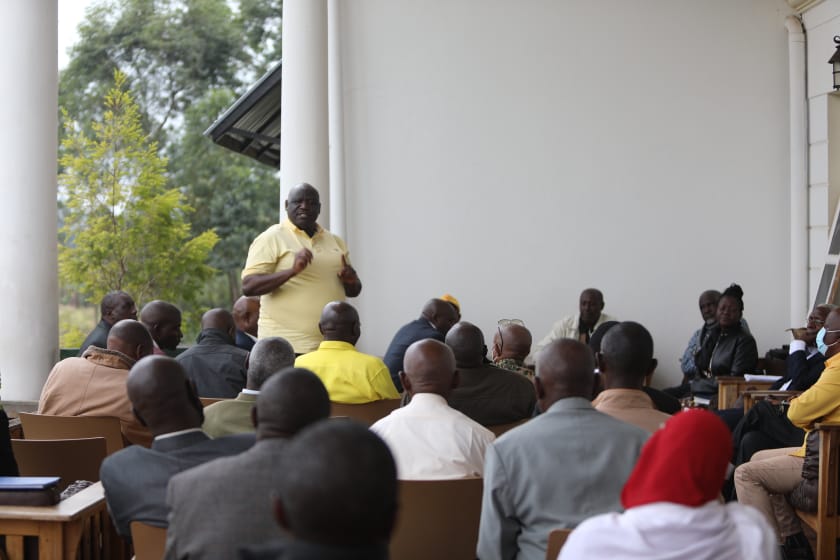 The Electoral Commission of Kisoro District has selected two of the five candidates expected to contest for the Bukimbiri constituency, and the nomination was done amidst differences from NRM members and tight security at the district headquarters.
By 4pm, independent candidate Asigalirwe Turyagyenda had already arrived at his polling station and he had submitted his nomination papers and was nominated
Agasilwe, who was accompanied by NRM MPs and refused to leave the contest after losing the NRM primaries, condemned the Kisoro NRM leaders for starting to intimidate Bukimbiri voters, and vowed to declare Eddie Kwizera under any circumstances .
However, Owebbeyi of the FDC condemned the updf officers saying they were deployed everywhere including at the school where they set up camp which has caused panic among the people and pupils.
They both said Bukimbiri constituency has been left behind under NRM leaders including services like roads, schools, hospitals have not benefited, and they have no telephone network and Tv network for some good years.
NRM members of parliament Paul Buchana Kwizera for Kisoro municipality and John Kamara who appeared to be defectors and came out to support the independent candidate said they would not accept the impunity of some MRM leaders in Kisoro who stop people from supporting the candidate of their choice.
“What offence has he committed to stand as an independent, I think he is not the first to do it. We have seen very many of them and they perform well. I am going to support him because he is Bukimbiri’s favorite” said Hon. Buchana
NRM headquarters director of information Emanuel Dombo, condemned the MPs who have come out against the flag bearer and the party supported them when they were running, he stressed that the NRM executive committee will now judge them accordingly for defying the party policy.
Daniel Ayebare, the Kisoro Returning Officer, said registration had started smoothly and candidates had followed the instructions, and urged candidates to maintain peace amidst the campaign.
The vice chairman National resistance movement Hajji Mose Kigongo while meeting NRM leaders at Ikore Hotel in Kisoro district, he cautioned them to be patriotic, he lashed out at some members for defying the party’s stand.
He called for unity as they solicit for support in the Constituency otherwise disunity might claim the party’s victory.
“Those members think that they are popular but the party is bigger and more popular than them, why do you fight the flag bearer and which image are they portraying to the supporters of the party?” asked Kigongo.