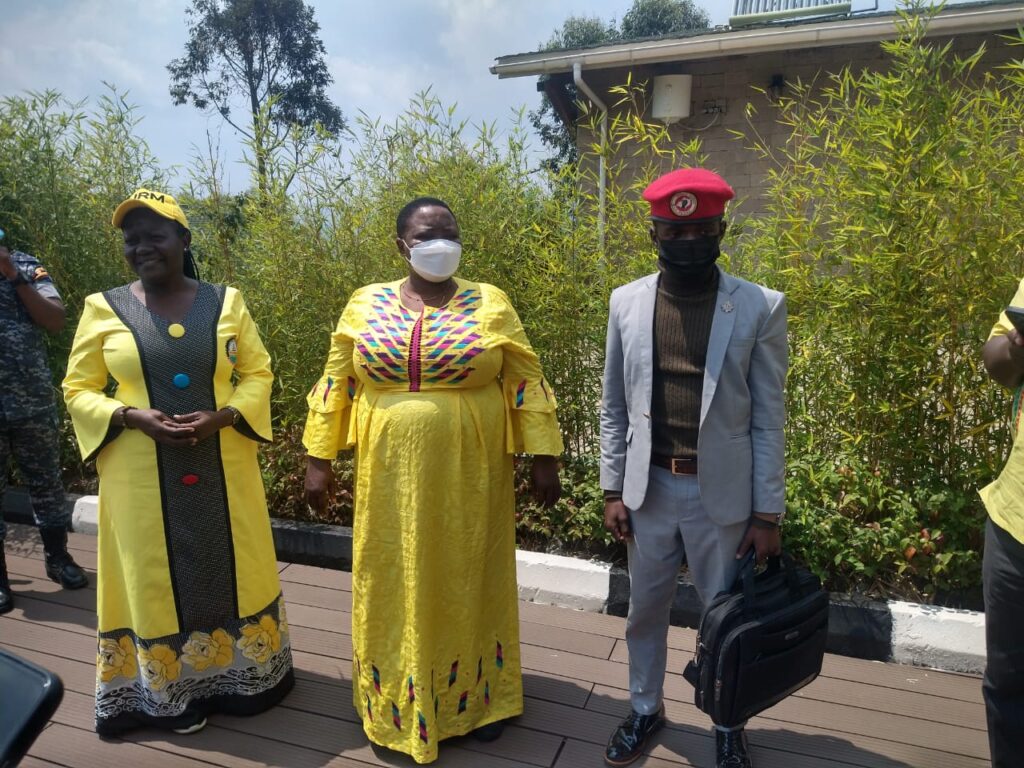 Joshua Mutabazi, who was the National Unity Platform (NUP) candidate for Bukimbiri County (Kisoro) has crossed to the ruling National Resistance Movement (NRM) party.
His defection to NRM comes after his party (NUP) asked him to step down in favor of the Forum for Democratic Change (FDC) candidate James Owebeyi.
Mutabazi decided to join NRM and was welcomed by Prime Minister Robinah Nabbanja.
According to Nabbanja, she received a phone call on Monday from one of the Kisoro District NRM leaders informing her that Mutabazi wants to meet her.
Mutabazi said that other NUP members in the area will join the NRM party.
“Formerly, I was contesting under the flag of the National Unity Platform – it was disappointing and frustrating but thank God I now have a sober mood and…I don’t come alone because we’re in a system where we belong and I can assure you that already made calls with my system and all of them are picking positions. Instead of the umbrella [NUP], it is now the bus [NRM]. I officially now inform you that we’re standing together with the National Resistance Movement,” said Mutabazi.
Following a loss in the Omoro County by-election, NUP and FDC decided to co-operate in the upcoming by-elections.
In the recent Soroti East City by-election, NUP supported FDC’s Moses Attan. However, NRM’s Herbert Edmund Ariko was declared the winner. Ariko garnered 9,407 votes against Attan’s 8,771 votes.