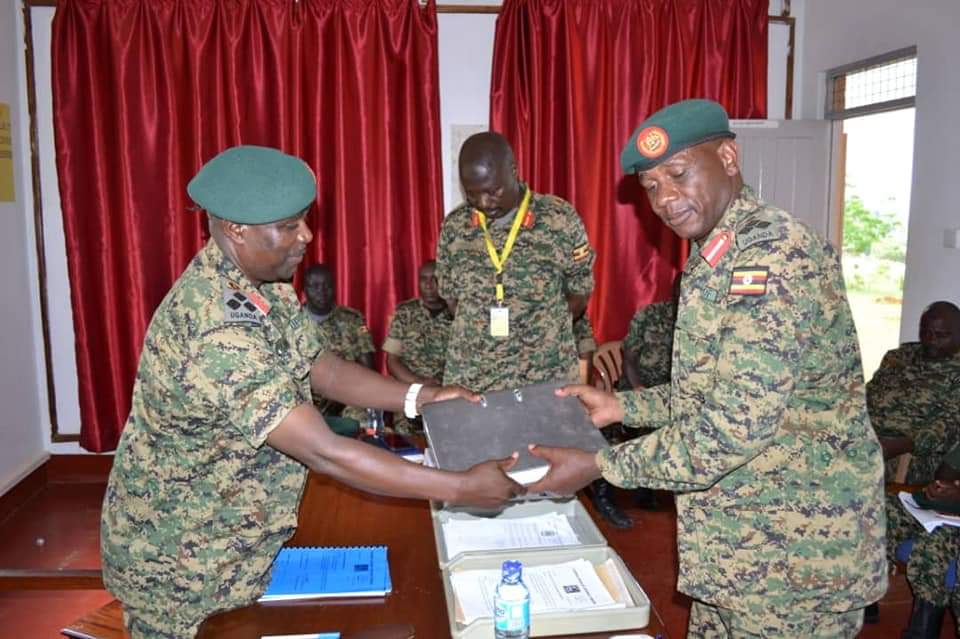 While presiding over the function, Maj. Gen. Kawagga said he was happy that Gen. Dembe had successfully completed his tour of duty in the Alpha Divsion without any scandal despite working in a politically charged and crime prone area.

He thanked him for making his work easy during his tenure as his 2nd in Command. ‘My work is to prepare my deputies to take over from me. I’m happy Balikuddembe is going as an acting division commander in 3rd Division.”

On his part, Brig Gen Dembe narrated several security threats within the division area of responsibility which included but not limited to; ADF, Al-Shabaab terrorist threats, politically instigated hooliganism, General crime, land wrangles like in Mubende, Sango bay, ritual murders and so much more.

He concluded his remarks with a pledge to the incoming commander to give him advice in case he needed any.

He further asked for cooperation from all commanders and staff officers present.

Brig Gen Balikuddembe, has got wide experience in both staff and command work, having been a division intelligence officer in the same Div in 2000.

He is however more popular for the operation he led against Al-Shaabab as battle group commander battle group X1 in somalia in 2013, and as overall operations commander of operation lightening thunder against the lord resistance army (LRA) in central African republic in 2011/12.

Brig Gen Julius Biryabarema too has an enviable CV having gone through the prestigious Nasser high for his National defence college (NDC) course in Egypt in 2015/16.