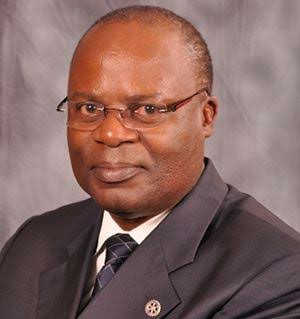 Dr Louis Kasekende’s days as Deputy  Governor Bank of Uganda are numbered because his contract is left with a few days to expire, yet President Yoweri Museveni has opted leave the matter unattended to, for now at least.

Dr Kasekende, who has been seen by many as Prof. Emmanuel Mutebile’s natural successor, but his contract runs out on 13th January 2020.

With less than two weeks to go, the appointing authority is silent on the matter, something that is raising eyebrows in the corridors and offices of Bank of Uganda.

Sources close to corridors of power say, this is the first time the appointing authority is doing this.

Normally he makes a decision, renews or appoints a new person well within time. It should also be noted that parliament which vets appointments, is in recess, until the next sitting is announced, which is another indicator that Kasekende’s days at headquarters of Uganda’s financial sector are numbered.

Sections of the  media reported that Kasekende tried, but failed to meet the president in November last year to talk about the possibility of extending his contract.

However, insiders intimate that the president could be still ‘widely consulting’. It recently emerged that there are cliques at the Central Bank, fighting to bring down each other.
The two camps [perceived or real] are said to be around the Governor and the Deputy Governor.

The infighting has seen trove of endless leaked documents from BoU in the recent past. Something unheard of in the past.

The president is said to be aware of the squabbling and not pleased with it. Once described as the only clean institution left, BoU has in the past been dragged in the mud, eating away the Bank’s reputation.

Informed sources claim, by extending Kasendeke’s contract [for another five years] Mutebile’s camp [whose contract expires in January 2021] would have lost the battle. And this may only worsen matters at Plot 17/19 Kampala Road.

To restore coherence and public sureness in the Central bank, Sources say, the President may choose to let the two bosses at BoU, go when their term expires.

The only concern is that firing the two of them at once threatens to destabilize the already soiled central bank even farther. The BoU is a very sensitive institution with major implications for the economy. This points to the likelihood that the President is likely to renew both the Governor and his Deputy, so as to ensure stability at the Central Bank.

According to informed sources, President Museveni has for long been so concerned about the deteriorating reputation of the central bank and its impact on the economy that he is looking to shake up the top leadership and even get rid of both Kasekende and Mutebile.
Already rumors are flying that Kasendeke’s contract may not be renewed; could this explain the delay in renewing his contract?

Analysts point out that Kasekende is an ordinary banker. He is well-respected economist internationally. He belongs to Uganda’s two biggest political constituencies—he is a catholic and a Muganda.

Despite the recent exposed twaddle at the bank of all banks, Prof. Kasekende and Prof. Mutebile have been credited for keeping the economy firm.
It should be noted that Dr. Mutebile’s contract also expires January 2021. This is his last time in office. Can Mr. Museveni afford to lose both of them at almost the same time?

Kasekende also has another constituency. He is a Muganda and a loyal subject to the Kabaka. Analysts say, the Kabaka will be happy to see his subject given another term to serve.

As Chief Economist, he was the Bank’s spokesperson on socio-economic and development issues of importance for Africa. He supervised the Development Research Department, the Statistics Department and the African Development Institute.Between 2002 and 2004, he served as Alternate Executive Director and later as Executive Director at the World Bank for Africa Group 1, including 22 countries mostly from Anglophone Sub-Saharan Africa.

Prior to joining the World Bank, he had worked for 17 years at the Bank of Uganda in several capacities, including Director of Research Department, Executive Director responsible for Research and Policy and served as Deputy Governor between 1999 and 2002.

He has previously served as a member of the United Nations Group of Eminent Persons for the Least Developed Countries and the World Bank Knowledge Advisory Commission.

Currently, Dr Kasekende is a Board Member of the African Export Import Bank (AFREXIMBANK), the International Economics Association (IEA) and the Africa Economic Research Consortium (AERC), and is a member of the National Steering Committee on Capital Markets Development in Uganda.

But according to sources with knowledge on the operations of the Central Bank, the Donor community have a say on who should be Governor or Deputy Governor.