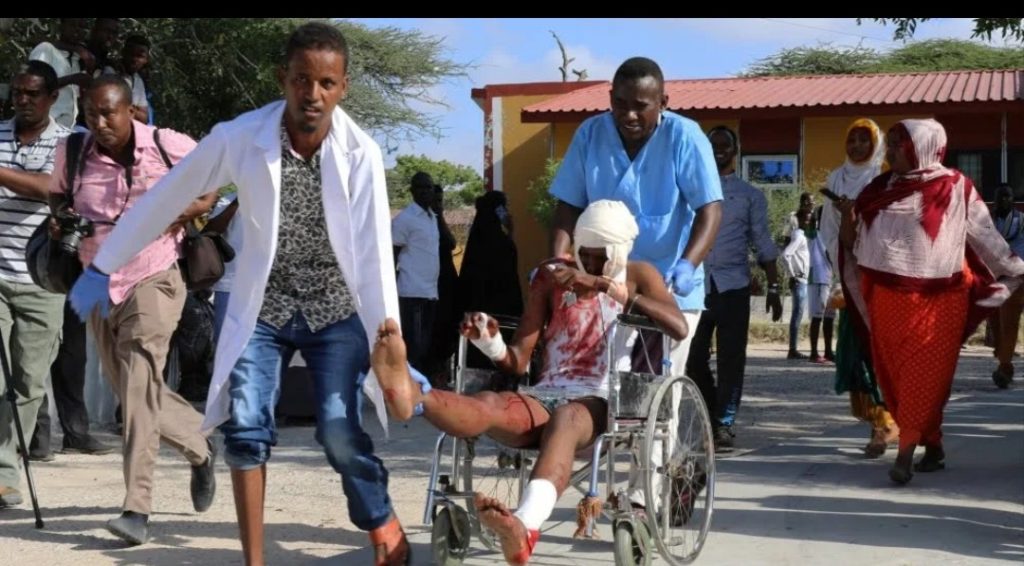 At least 61 people are confirmed to have died and several others sustained injuries following a thunderous explosion at a bustling checkpoint in Mogadishu, Somalia, on Saturday morning.

The attack, which is suspected to be a suicide bombing, left dozens of innocent people with grave injuries.

Close to 100 wounded people, including children, were rushed to hospitals. Among them were several university students who had been travelling in a bus, Hussein said.

“The blast was devastating. I can confirm more than 20 civilians killed, there were many more wounded, but the toll can be higher,” said police officer Ibrahim Mohamed.

Speaking to reporters at the blast site, Mogadishu Mayor Omar Muhamoud said the government confirmed at least 90 civilians, mostly students, had been injured in the explosion.

Sakariye Abdukadir, who was near the area when the car bomb detonated, said the blast “destroyed several of my car windows”.

“All I could see was scattered dead bodies… amid the blast and some of them burned beyond recognition.”

Government authorities have told medical personnel not to disclose figures as they have done in the past, and journalists are forbidden from going to attack sites.

There was no immediate claim of responsibility for the blast.

The attack again raises concerns about the readiness of Somali forces to take over responsibility for the country’s security from an African Union force in the coming months.

Somalia has been riven by conflict since 1991, when clan warlords overthrew former leader Siad Barre, then turned the guns on each other.