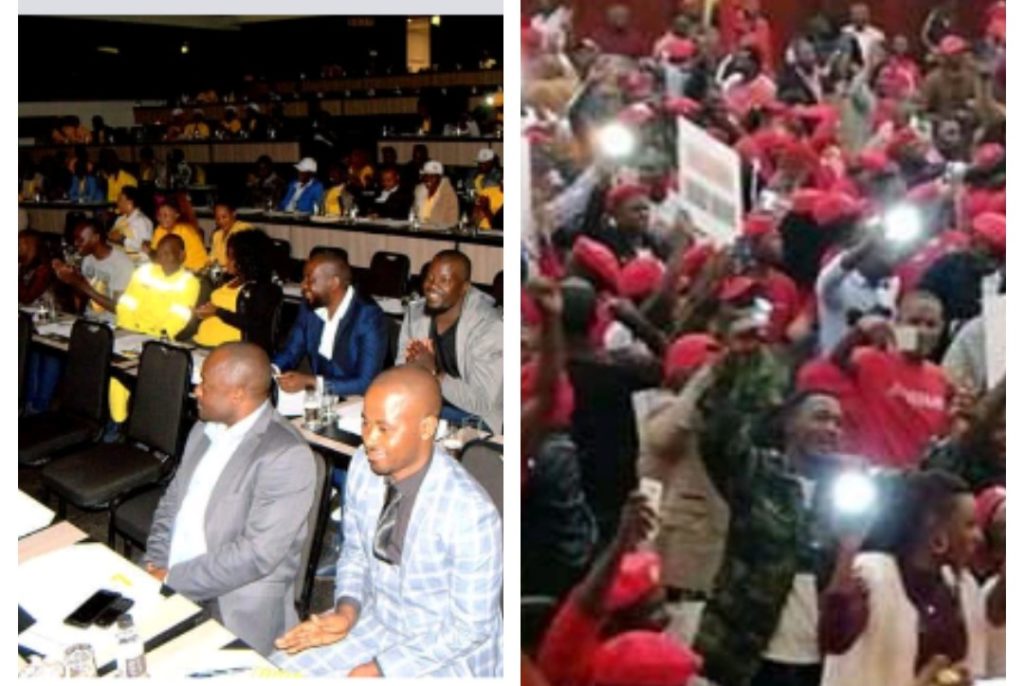 While in S. Africa, Bobi Wine scooped the Africa Freedom Award and held fundraising events for his 2021 presidential bid.

Meanwhile, singer Moses Sali aka Bebe Cool also traveled to S. Africa, to mobilise support for the National Resistance Movement (NRM) and President Yoweri Museveni among NRM supporters there ahead of the 2021 general election.

And by the way, these were all Ugandans in yellow, eligible to vote. As to whether this demonstration of bsupport will be converted into another win for NRM & President Museveni in 2026 (given that the 2021 vote is already won), is something I am looking forward to witnessing.

Thank you NRM/Silent Majority in the diaspora for loving President Museveni and our country Uganda.”

However, Elite News brings you pictures showing the numbers of supporters who attended Bobi Wine’s meetings and those that attended Bebe Cool’s.