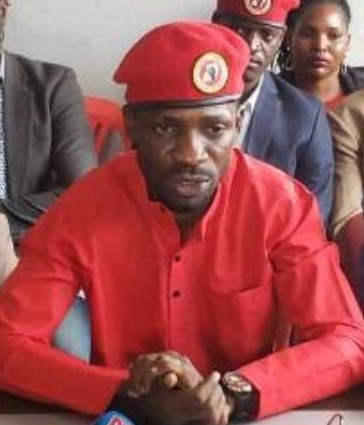 People Power pressure group leader Hon. Robert Kyagulanyi aka Bobi Wine has released a list of several of his comrades who are still languishing in police cells around the country, who were arrested on Monday after police blocked his presidential consultative meetings in Gayaza, Wakiso district.

Bobi Wine made this revelation in a statement he posted on social media, which reads thus;

So many of our comrades are still under illegal detention in Kasangati and other police stations. Our legal team has been working tirelessly to secure their release, but up to now, police is still playing ping pong games. As always, we shall stop at nothing to demand their unconditional release.

These comrades did not break any law. It is those who arrested them who broke and continue to break the law. What we know is that those who fight for freedom must always be prepared to face jail, torture or even death- because oppressors all over the world have the same DNA. They read from the same book. Therefore, be strong comrades. Eventually, we shall overcome!

You comrades are having your names engraved on the wall of those who fought for freedom!