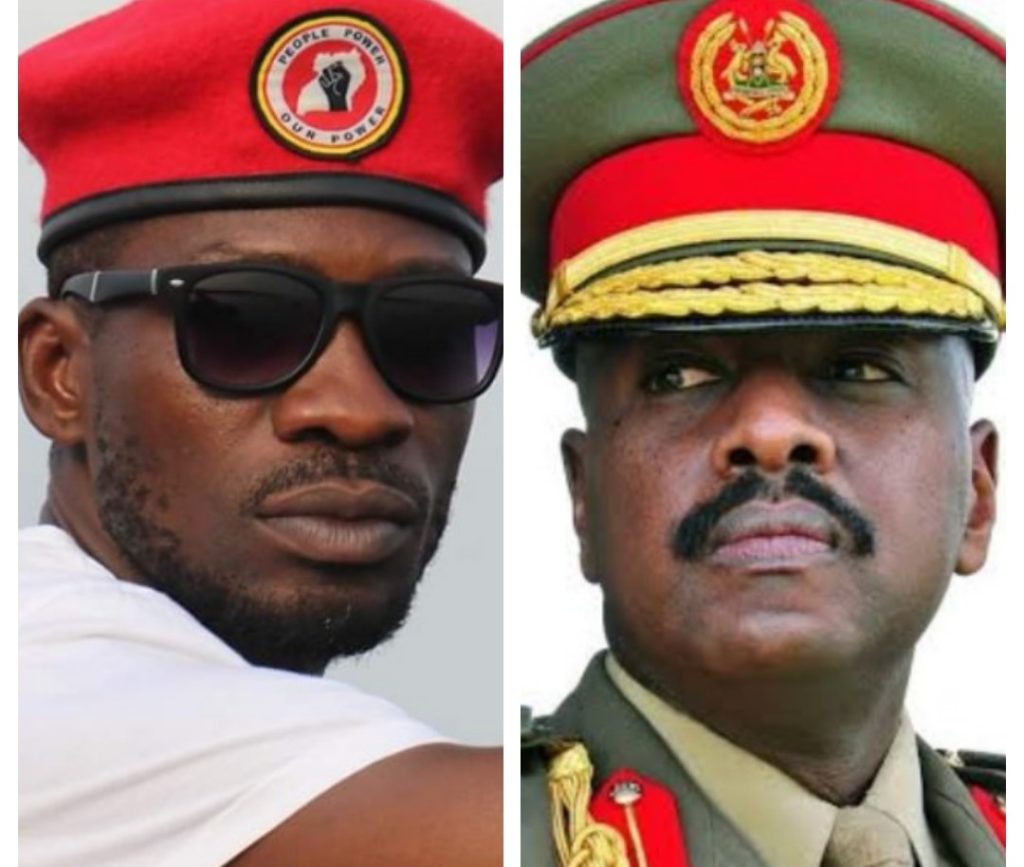 Gen. Muhoozi, the presidential Advisor on Special Operations,  had proposed to meet Bobi Wine ahead of 2021 elections, following several prompts from many of his supporters.

Muhoozi tweeted last week thus; “A lot of my supporters are asking me to sit down and talk with Bobi Wine. I have no problem talking to him. We have talked in the past and we were friends.”

He added that; “I just advise the youths never to choose war over peace.”

However, during the interview with NBS TV’s Simon Kaggwa Najala on the Morning Breeze show,  Bobi Wine  said that he has nothing to talk about with Gen. Muhoozi for as long as his father President Yoweri Museveni keeps on suffocating him politically.

“What is there for me to talk with Muhoozi when his father is stepping on my neck? It is important to have good ground for conversation. Let them stop killing Ugandans and stepping on my neck. Nelson Mandela said, only free men can negotiate,” Bobi Wine said.

He added that he was not in the mood to talk to his tormentors who almost killed him during the Arua parliamentary by-elections in 2018.

The  2021 Presidential contender was responding to a question whether he was ready to meet Muhoozi, who  expressed his willingness for a meeting.

It should be noted that when Muhoozi expressed his intention  to meet Bobi Wine, the People Power leader asked Muhoozi and his father to stop the ruthless acts of repression against their critics which he said had led to the death of many people.

“I’m open to transparent talks with anyone but before that, you and your father should stop actions that’ve left many orphans, widows & torture victims,” he noted.

He also demanded that the Museveni regime should respect human rights and rule of law before any calls for negotiations, adding that their cannot be talks between one who is free and others who are tied.