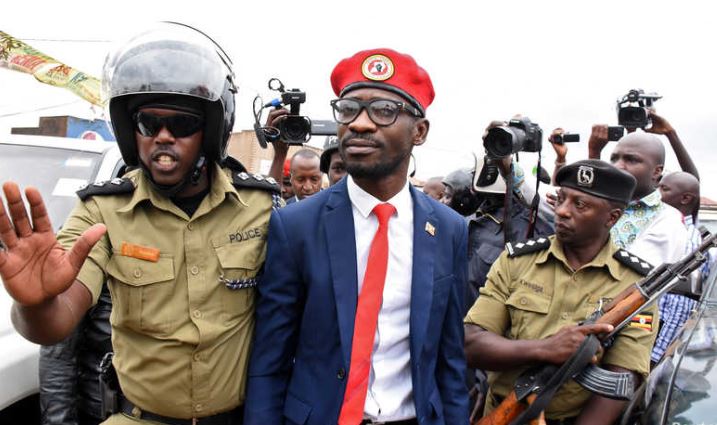 Robert Kyagulanyi aka Bobi Wine, the People Power pressure group leader and Kyadondo East Member of Parliament, has petitioned the Electoral Commission (EC) over the continued blockage of his presidential consultations by police, ahead of the 2021 general elections.

In his petition filed on Monday, Bobi Wine pleads with the Electoral Commission to intervene and help him resume his consultation meetings on his 2021 presidential bid, saying police have become a stumbling block.

On February 18, when Bobi Wine wrote to police requesting for a meeting, they told him to first write to EC showing what he would like police to do for him to allow his consultations.

So in his petition dated February 21, 2020, Bobi Wine wrote to the EC indicating the 10 issues he wants police to address before he resumes the meetings.

“The purpose of this letter is to also request you to convene a meeting with the Uganda Police Force as soon as possible, (preferably between February 24 and February 28)so that our consultations can go on without hindrance,” the letter to the EC chairperson, Justice Simon Byabakama, reads in part.

Bobi Wine said he wants police to acknowledge receipt of his letters when they get them, respond to his notices for any consultative meeting, be allowed in some cases to hold consultations in an open place, but without holding processions.

He also said police should not ask for unreasonable requirements which cannot be accessed by private citizens, and allow him to take interviews from the media as well as distribute questionnaires.

Other demands include: holding consultations up to 7:00 pm as it is in the Public Order Management Act (POMA) not 5:00pm as police have always demanded.

Bobi Wine also asked the EC to reign in all government agencies to remain non-partisan.

Section 88 of the Presidential Elections Act provides for the EC to set regulations and guidelines through which aspirants can carry out consultations, level the ground for candidates, especially in accessing the media and voter information distribution, among others.

EC is, thereafter, required to submit the set guidelines to Parliament for approval and later give them to the aspirants.

However, while responding to media queries about Bobi Wine’s Petition, the EC spokesperson, Jotham Taremwa, said: “I cannot respond to this letter because I have neither seen nor read it. I am unable to give any response.”

Joel Ssenyonyi, the spokesperson of the People Power movement, said Monday that they are being tossed between EC and police to frustrate their plans for consultations.

“We have tried to bend backwards to make sure we do all things that they want but if they continue tossing us, we shall take the next step and do our consultations as planned,” he said, adding that’s their Plan B.

The police on Monday blocked Bobi Wine’s consultative meeting that was slated to be held at Pope Paul Memorial Centre in Ndeeba, despite the fact that last week he wrote to them,  notifying them of the meeting.

However, police told him to first meet them, as advised by EC during the January mediation between presidential aspirants, to agree on particular issues for the meetings.

However, it should be noted that the police last year blocked Bobi Wine’s consultative meetings in Wakiso, Arua, Gulu, Lira and other districts, over allegations that he failed to comply with some regulations of the POA.