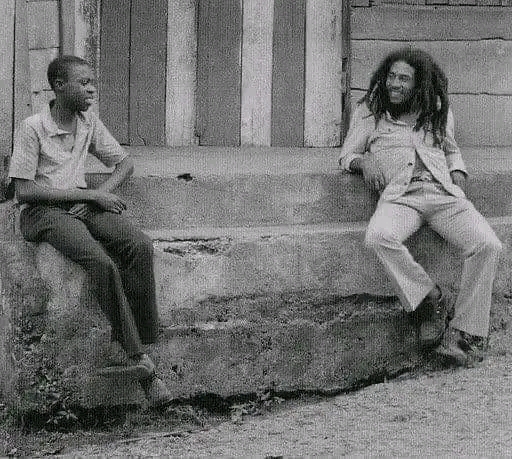 In 1978, Robert Nesta “Bob Marley” had returned to his home town after touring and living in the U.K. He was explaining to the youths in the pic that he was Bob Marley and that this was the place that he grew up in. The youths didn’t believe him, saying that he is not Bob Marley. that if he was famous, he would have never returned there, to the impoverished place.
It’s a very nice pic. when you hear the context of the story, it makes you cry a bit. Seeing how someone, who has made it internationally famous, is returning humbly back to his home village. They said that the more money he made, the more he would give to the poor and fight for the poor. This is why this man remains an inspiration to so many!