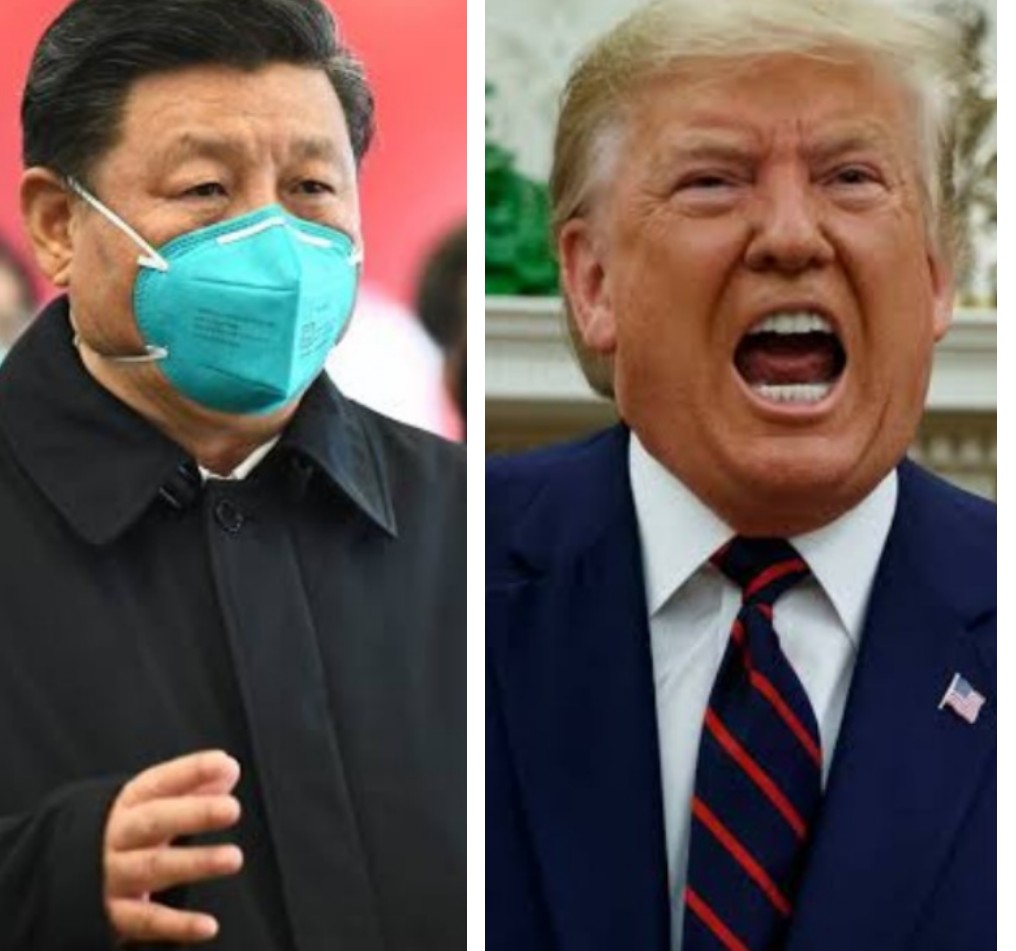 Controversy has arisen in the world after  the Chinese government accused the United States of America of allegedly producing and spreading the deadly Coronavirus, before causing “panic” in response to the pandemic.

It follows the US decision to declare a public health emergency and deny entry to foreign nationals who had visited China in the past two weeks.

There are more than 17,000 confirmed cases of the virus in China. Some 361 people have died there.

Outside China, there are more than 150 confirmed cases of the virus – and one death, in the Philippines.

How did China react to the US measures?

In a news briefing on Monday, Chinese foreign ministry spokesperson Hua Chunying said the US actions “could only create and spread fear” instead of offering assistance.

She said the US was the first country to impose a travel ban on Chinese travellers and the first to suggest a partial withdrawal of its embassy staff.

“It is precisely developed countries like the US with strong epidemic prevention capabilities… that have taken the lead in imposing excessive restrictions contrary to WHO recommendations,” Ms Hua said, according to a Reuters report.

The seemingly coordinated effort to, at minimum, sow doubts about the virus’s origin, and, at its most extreme, to directly accuse the U.S. military of creating and spreading the pathogen, has come from Chinese medical leaders, ambassadors and Foreign Ministry spokespersons — not to mention the hundreds of thousands of comments on Chinese social media echoing the conspiracy theories.

The undertaking is part of a broader campaign to deflect blame for the pandemic and China’s delay in taking action early in the emergence of the disease, which global experts say began in Wuhan, Hubei Province, potentially as early as November, and has infected more than 160,000 worldwide and killed nearly 6,000.

Chinese authorities allege that Coronavirus was manufactured at a US Military Laboratory called Fort Detrick and after manufacturing the Virus, all data concerning to do with Fort Detrick was deleted from world websites.Fort Detrick  is a United States Army Medical Command installation located in Frederick, Maryland.

Historically, Fort Detrick was the center of the U.S. biological weapons program from 1943 to 1969. Since the discontinuation of that program, it has hosted most elements of the United States biological defense program.

On March 8, the Chinese ambassador to South Africa tweeted that, “Although the epidemic first broke out in China, it did not necessarily mean that the virus is originated from China, let alone ‘made in China.’ ”

Days later, the clearest salvo in the conspiracy campaign came from China’s Foreign Ministry spokesperson, Zhao Lijian, who tweeted: “CDC was caught on the spot. When did patient zero begin in US? How many people are infected? What are the names of the hospitals? It might be US army who brought the epidemic to Wuhan. Be transparent! Make public your data! US owe us an explanation!”

But U.S. Department of Defense press secretary Alyssa Farah replied to Zhao’s tweet by saying, “As a global crisis, COVID-19 [should] be an area of cooperation between nations. Instead, the Communist Party of China has chosen to promulgate false & absurd conspiracy theories about the origin of COVID-19 blaming U.S. service members. #ChinaPropagan

However, on Monday, a stud, published in Nature, by a Chinese virologist said a pneumonia outbreak associated with the coronavirus had likely started in bats.

What measures has the US taken?

On 23 January, the US ordered the departure of all non-emergency US personnel and their family members from the city of Wuhan in Hubei province, where the virus originated.

Less than a week later, the US allowed for the voluntary departure of non-emergency personnel and relatives of US government employees from China.

On 30 January, the World Health Organization (WHO) declared a global health emergency over the new virus.

Following this, the US ordered the departure of all US personnel family members under the age of 21 in China