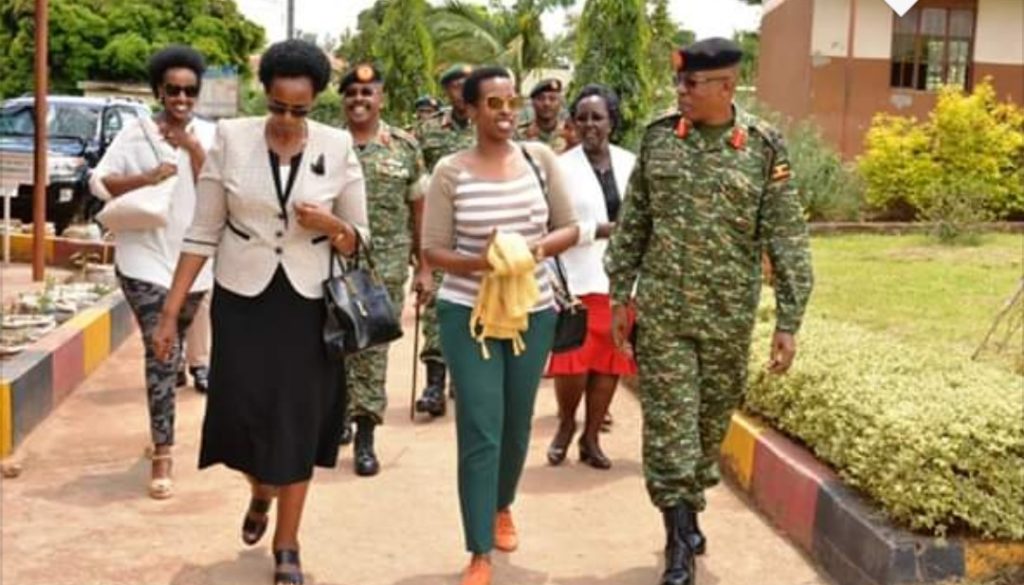 While donating the basic needs to the students at the school which teaches mainly children of Uganda Peoples Defence Forces (UPDF) soldiers and officers,  Natasha said that;

“We appreciate the sacrifices from you (children) and your parents in making Uganda a better place.”

According to Mrs Natasha Karugire, who led Grateful Citizens Group, the donation is a symbolic activity to show that they stand together with UPDF and children of soldiers at all times.

The First Daughter, who was accompanied by UPDF spokesperson Brig. Richard Karemire, also made a cash donation to Bombo Secondary School that will be used to raise classroom blocks, so as to accommodate the increasing number of students at the school.

Mrs. Karugire, who led Grateful Citizens Group, the donation is a symbolic activity to show that they stand together with UPDF and children of soldiers at all times.

The donation was also part of the civil military activities to commemorate the 39th Tarehe Sita Anniversary.


Mrs Marcella Karekye, who also accompanied Mrs Karugire, remarked that the parents, students and staff of Bombo Secondary School are all a bigger part of the peace that is enjoyed by all Ugandans. ” We think of you as you serve this country tirelessly in your different capacities,” she said.

The UPDF Chief of Staff Land Forces Maj Gen Leopold Kyanda, commended Grateful Citizens Group for the gesture of love and generosity extended to UPDF in championing the cause of sensitizing the population through education.

“There is love in the air between the people of Uganda and Army, evidenced by both Universal Primary Education and Universal Secondary Education” noted Maj Gen Kyanda.

General Kyanda added that there can be no development if people remain backward.

The Headmaster of Bombo Army S. S Ms Birungi Alice Baruga appreciated the donation and said it will improve the leverage of the school in developing skilled youth.