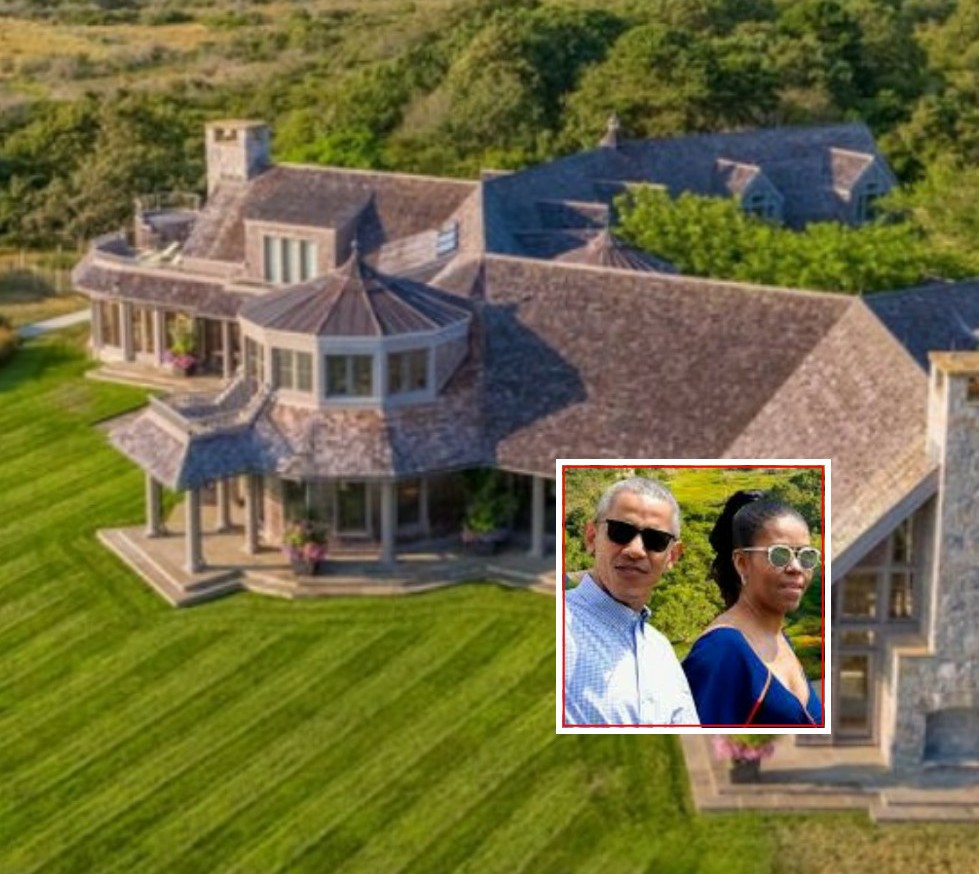 Former United States of America president Barrack Obama and his wife Michelle Obama recently signed a deal for Martha’s Vineyard Ranch, which is worth over  USD11.75.

The home that sits on a 29-acre estate, has seven bedrooms and nine bathrooms and is located in Edgartown, Massachusetts, according to reports.

The property was purchased by a trust represented by attorney Ronald Rappaport, a partner at Reynolds, Rappaport, Kaplan and Hackney, according to records made available Wednesday.

The trust is reportedly tied to the Obamas, but Mansion Global could not confirm the connection. Mr. Rappaport did not return requests for comment.

Gerret Conover and Thomas LeClair, partners at LandVest Martha’s Vineyard, were the listing and selling brokers for the property. Mr. Conover confirmed the sale via email, and that the property was previously owned by Wyc Grousbeck, owner of the Boston Celtics.

The sale price was more than USD3 million less than the asking price for the almost 7,000-square-foot home on the Edgartown Great Pond, according to records. It was most recently listed for USD14.85 million, but has seen several price cuts since it was first listed in February 2015 for USD22.5 million.

Both agents declined to comment further on any other details of the sale.Mr. Grousbeck bought the estate in 1998 for USD3.15 million, according to property records. He did not return requests for comment.

Rumors about the Obamas buying the Edgartown home have been swirling since the summer, when the family rented the residence, The Wall Street Journal reported at the time. Representatives for the family declined to comment.

The Obamas have summered on the Vineyard for years, and they aren’t the only politicians who are fond of the coastal New England area.
The Clinton family has spent time there, and former Secretary of State and Massachusetts Senator John Kerry bought a home there in 2017.

Red Gate Farm, the former estate of Jacqueline Kennedy Onassis, is currently on the market there for USD65 million, according to LandVest.
The home was designed by Brandenburger Taylor Lombardo Architects from San Francisco, with multiple areas for entertaining, both indoors and out.

The living room has vaulted ceilings, exposed steel beams and a stone fireplace, the listing said. There are two guest wings, and the master suite boasts a fireplace, a private sun deck, and water views. There’s a chef’s kitchen with ample built-in storage and a formal circular dining room overlooks the grounds and pond.

Outside, there’s both an outdoor fireplace and screened porch with a fireplace, according to the listing.

There’s also a pool and a Jacuzzi off the second-floor balcony that has expansive views of the water. The property offers direct access to the pond and includes a boat house and a private beach front with deeded rights, as per the listing.