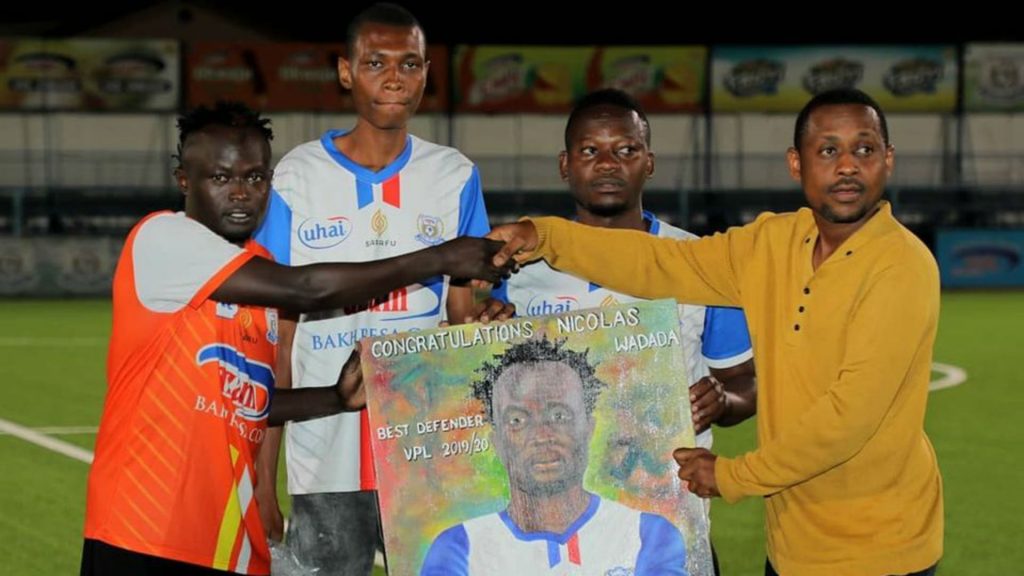 Azam FC have honoured their defender Nicholas Wadada after he was voted the best defender for the last Mainland Premier League season.

The Ugandan player was named the best after beating Bakari Mwamnyeto of Coastal Union and David Luhende of Kagera Sugar to the award, at the end of the 2019-20 season.

While Wadada was honoured by the Tanzania Football Federation (TFF) for the achievement, Azam have also come out to reward their player during a ceremony held on Monday at the club’s venue – Chamazi Stadium.

“Congratulations Wadada,” the club posted a photo of the player with a drawing of him being presented by official Tunga Ally.

“This is a reward from the club for his good performance in the last season which saw him named the best defender in the top-flight.”