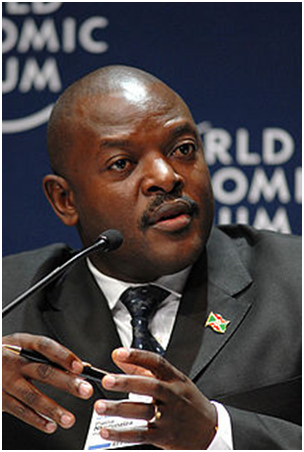 Burundi’s military says an armed group from Rwanda attacked its army position onSunday in the north-west of the country.

Maj Emmanuel Gahongano, the army’s director of information, said the attack in Cibitoke province, near the border, took place on Sunday at 02:00 local time (00:00 GMT).

Rwanda’s Minister of State for Regional Cooperation Olivier Nduhungirehe told the BBC that it was “not the first time we have this kind of baseless allegations”.

Burundi’s army did not give details about the attack but people in the area have told the BBC there has been intense military activity in the region following the violence.

Two weeks ago, an armed group attacked Rwandan army positions just over the border from Sunday’s violence. The Rwandan authorities said those attackers came from Burundi.

There have been tense relations between the neighbors since Burundi’s political crisis in 2015. Following a failed coup against President Pierre Nkurunziza in May of that year, some of its organizers fled to Rwanda.