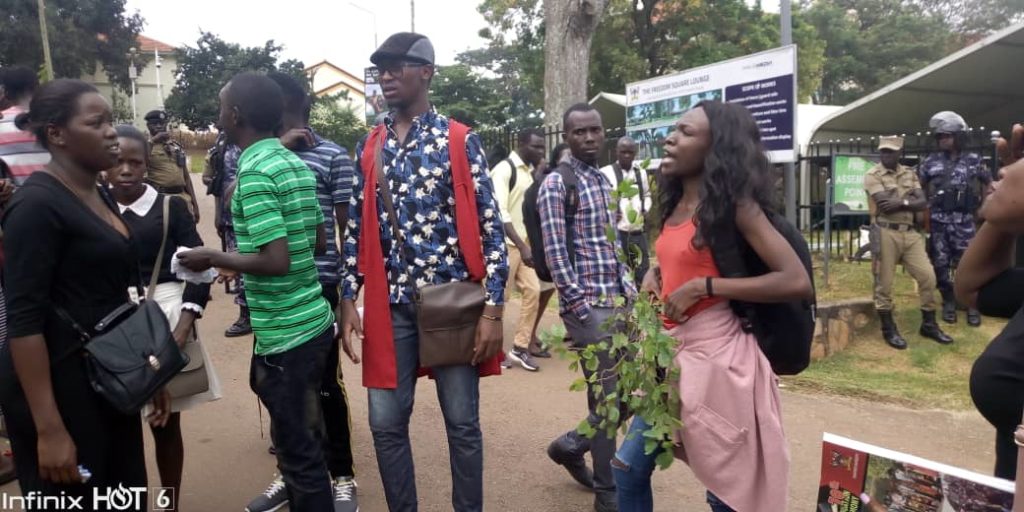 By Keefa Nuwahereza
Hundreds of students of Makerere University who are set to graduate have staged protests in Wandegeya and around the University after management  failed to give them graduation gowns which they paid for.

The university’s 70th graduation ceremony is  started today Monday, January 14, but by Wednesday January 8, 2020, the contractor had not delivered the gowns, causing anxiety among the would-be recipients.

However, in a statement on the institution’s Facebook and Twitter pages on Sunday, Vice Chancellor Barnabas Nawangwe said management would ensure that gowns for all graduands are ready by the day they attend the ceremony.

But several students have till now received their gowns which prompted them to stage protests.When protests broke out, anti-riot police was heavily deployed around Makerere University, Wandegeya and surrounding areas to disperse the rioting students.