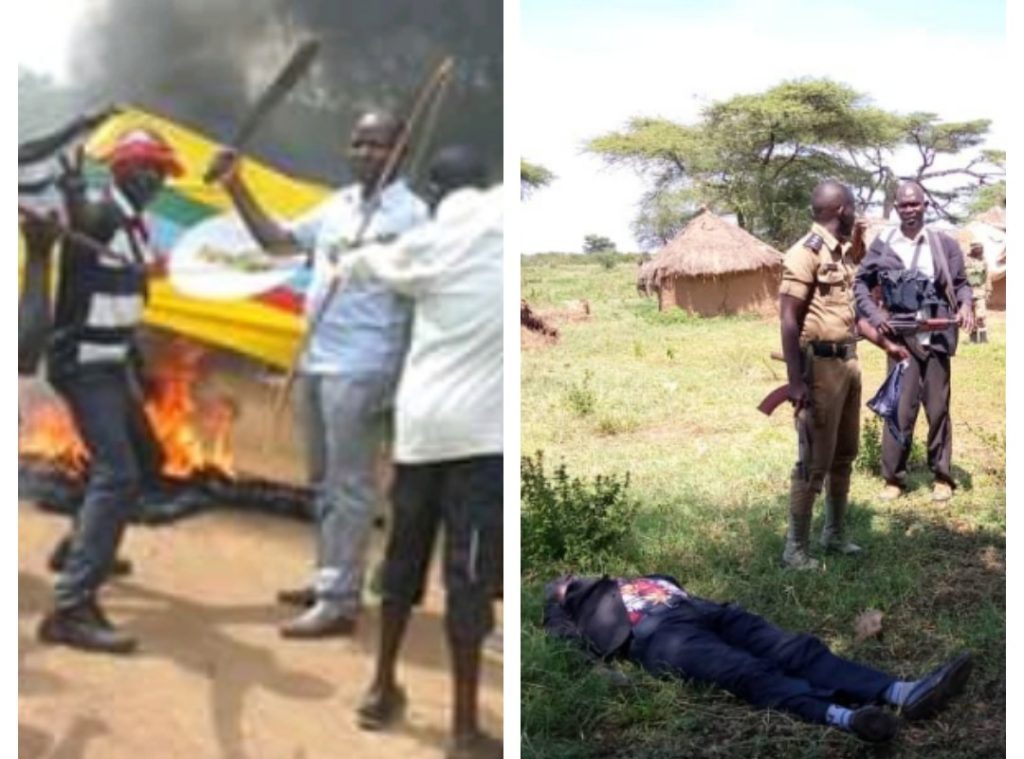 Several youth in Moroto district, who were wielding pangas, clubs and sticks on Monday burnt the National Resistance Movement (NRM)  as they protested over the death of their area LC3 Dan Apollo, who was shot dead by Local Defence Unit (LDU) operatives last week.

Apollo met his death as he tried to stop the LDUs from driving away with the animals which had been impounded and kept by the army at the Kidepo detach.

The incident paralyzed the entire sub-county as the army and police battled to calm down the charged armed LDUS who went trigger happy and  shot at everybody randomly.

According to security personnel, the LDUs who are attached to Kalosaric grazing area in Kotido District had followed up animals in Kidepo that were allegedly raided in Kotido.

“When these LDUs came, they wanted to take away the animals but the community refused them. Instead, the public called Apollo, as the area LC3 to help and address the situation. But when he arrived, the LDUs started shooting at people randomly and the third bullet hit the LC3 chairman,” an eyewitness said.

Major. Telesphar Turyamumanya confirmed the incident but said he was not in position to speak to the media until they calm down the situation.

The  youth claim that instead of bringing security to their area, the LDU  and army have  brought insecurity.