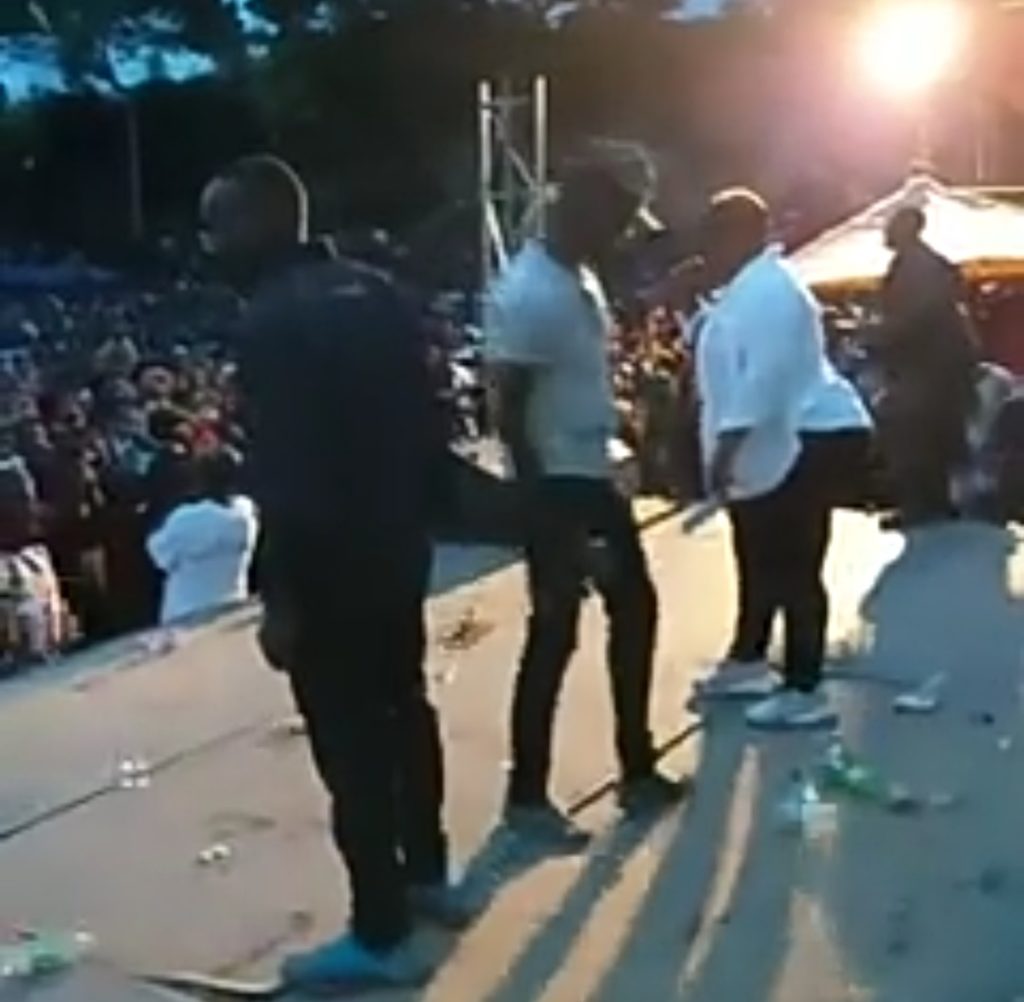 Popular singer Catherine Kusasira, who is the presidential advisor on artistes affairs, got the shock of her life on Boxing Day, after she was clobbered by angry parties at Nabugabo beach in Masaka, who later chased her off stage.

Trouble for Kusasira started when she climbed the stage to perform at a concert, which was organised at Nabugabo beach Recreation beach.

However, the moment she stepped on stage many of the revellers started booing and gearing her and before long they had started pelting her with bottles and stones.

Bouncers had to come in quickly to rescue Kusasira from the attack by shielding her with their own bodies, before whisking her off stage.

However, it should be recalled that Bebe Cool was also pelted with bottles and other objects as he performed in 2018 at reggae star Tarrus Riley’s concert in Kampala.

Following the bottle attack Bebe Cool had suspended performing in Uganda and vowed that he would only stage performances abroad, but he got shocked when his fans abroad also pelted him with bottles as he performed.

But Kusasira has not yet issued a statement about the bottle attacks on her and it is not yet clear whether will suspend her performances in Uganda or not, because her security is now at risk.