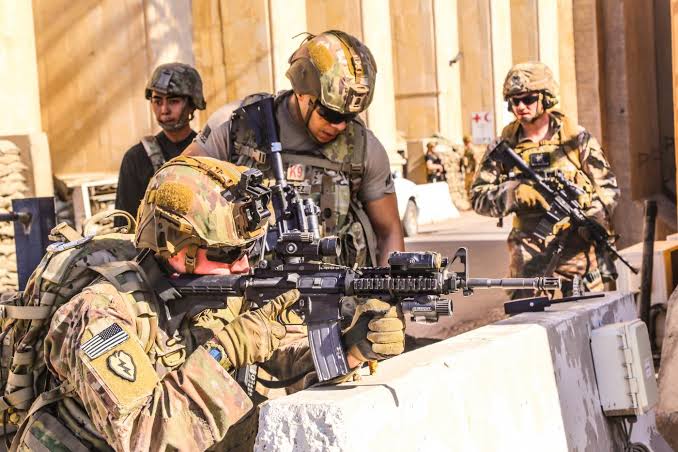 3,000 United States Army troops will be deployed to the Middle East following the storming of the U.S. embassy in Baghdad, joining 650 soldiers from the same unit that were sent to the region earlier in the week, as tension escalated in the aftermath of air strikes that killed Iranian General Qassem Soleimani.

The troops are from the 82nd Airborne division, according to CNN. The 650 troops were deployed Wednesday after Sunday’s air strikes by the U.S. killed two dozen members of an Iranian-backed militia, with Iraqis retaliating by storming the U.S. embassy in Baghdad.

100 Marines and two Apache helicopters were also deployed Tuesday to protect the embassy and reinforce security.

CNN reported that the additional troops were notified to be prepared for deployment in case the situation required it.

The soldiers will be located in Iraq, Kuwait and other parts of the Middle East. Their deployment is expected to last 60 days.Key background: Soleimani was a powerful leader in Iran and had become a celebrity for his role leading the elite Quds Force.

Soleimani took command of the organization around 1988 and often managed Iran’s clandestine operations abroad through a network of allies and proxy forces in Iraq, Syria, Lebanon and Yemen. In April, the U.S. designated the Quds Force as as foreign terrorist organization.

The Trump administration and Tehran have been locked in a war of words since Trump scrapped an Obama-era deal to limit Iran’s nuclear program and reimposed sanctions.

The U.S. blamed Iran for explosions that rocked two oil tankers in the Strait of Hormuz in June, mysterious strikes on a key Saudi Aramco oil facility in September, and the death of an American contractor in a rocket attack on a Kirkuk military base.

After an attack on the U.S. embassy in Baghdad on Tuesday, Trump said Iran was responsible, and the Pentagon said Soleimani approved the embassy attack in a statement released after his killing.