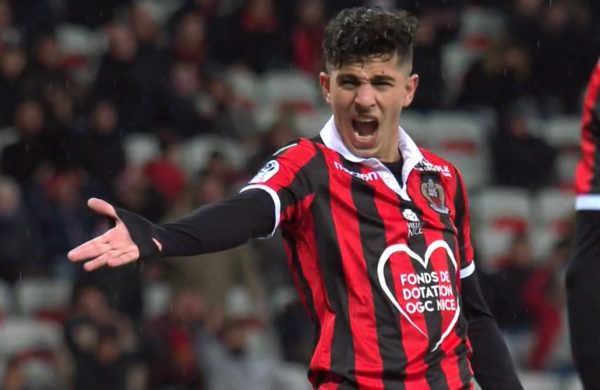 Nice’s Algeria international defender Youcef Atal will have surgery to repair a meniscal injury in his knee.

The 23-year-old is expected to be out of action for a ‘long time’ after suffering the injury during his club’s 4-1 home win over visiting Metz in the French Ligue 1 on Saturday.

“Bad news for Youcef Atal and the Eagles. The diagnosis revealed a meniscal lesion in the right knee,” a Nice statement confirmed on
Sunday.

“He will be operated on soon and will unfortunately be out of action
for a long time.”

Atal’s absence will come as a blow for the club this this season after scoring once and providing two assists in 13 appearances in the league.

Nice coach Patrick Vieira underlined Atal’s importance after he scored a hat-tick in April against Guingamp by announcing ‘he was not for sale’.

His treble was the first for an Algerian in Ligue 1 since Chérif Oudjani scored three goals for Laval against Toulouse on 12 October 1985.
Atal joined Nice in summer 2018 from Belgian club Kortrijk after he had left Algerian side Paradou – where he made his senior club bow.

He made his first international appearance for Algeria against Guinea in June 2017 and has become a regular for the Desert Foxes.
Capped 18 times, he helped his country to their second Africa Cup of Nations title in Egypt in July.