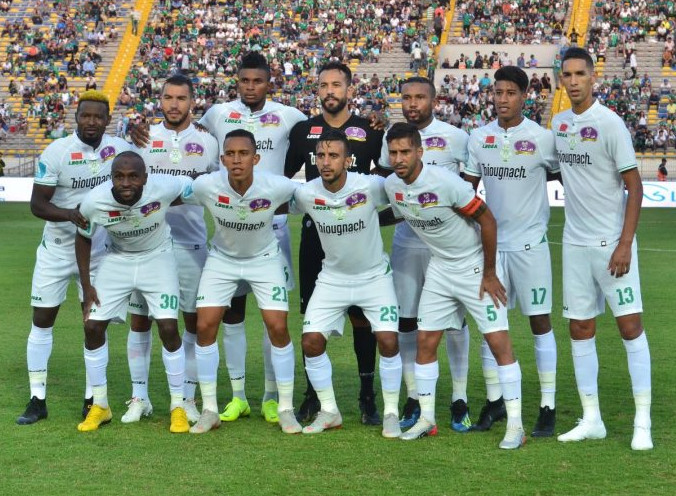 Morocco decided to reopen its Major League Football tournament the Botola Pro 1, after four months away from the pitch due to the Coronavirus (COVID-19) pandemic.

The leader of the competition before COVID-19 put a stop to the Botola, Wydad Athletic Club, is aiming to maintain itself at the top of the league, with only 9 games to play.

Despite its draw yesterday against Difaâ Hassani d’el-Jadida, Rival club Raja Club Athletic will try its best to catch up to Wydad, in what is expected to be a fascinating finish to the season.

But since governments have ordered Matches be played behind closed doors in order to keep social distancing in application, supporters will not be back in the stadiums anytime soon.

Football Back In North Africa

Even though the Coronavirus pandemic hasn’t been put to a stop, the coming fortnight will see North African major league football tournaments back to a near normal.

Tunisia’s football fans will have to wait until next Sunday to see their favourite teams out on the pitch again.

Egypt should expect matches to resume on August 6th. Halfway into the season, Al Ahly Sporting Club is in the lead, 16 points ahead of Al Mokawloon Al Arab Sporting Club.

Other countries, such as Nigeria or the Democratic Republic of the Congo, are not willing to resume any time soon.

Matches of the Final Fours of the CAF Champion’s league will no longer be played in Cameroon as expected.

Both semifinals, Al Ahly SC vs Wydad AC, and Zamalek SC vs Raja CA, will be disputed as two legged home and away matches between Egypt and Morocco.

The Final’s location has yet to be announced.

Should two teams of the same country face each other, the Final will take place in the home country of the two teams.

But should an Egyptian team face a Moroccan Team, the Confederation of African Football will have to find a neutral ground.