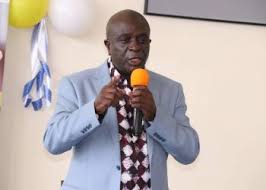 Amb. Abbey Walusimbi has held talks with the Head of Consular Services at the Embassy of the Kingdom of Saudi ArabiaH.E Bader Alsaqyan and other diplomats in a bid to iron out the challenges associated with labour externalization to the foreign country.

Uganda and Saudi the major aim of the bilateral agreements is to streamline the operations of the labour externalization sector with focus on fighting against trafficking and violation of workers’ rights.

However, several reports have been filed by Ugandans of mistreatment while in Saudi Arabia have since 2015 signed bilateral agreements to allow for the recruitment of labour both domestic workers and professional workers.
President Museveni recently assigned Amb.Walusimbi to find lasting solutions and advise government on the best way forward to solve the problem.

On Wednesday, Walusimbi met with officials from the Saudi embassy and discussed several issues in a bid to solve the impasse.

“As part of the ongoing solution finding exercise towards verification of the labour externalization processes, I have paid a courtesy call on the consular to best understand the challenges faced by our counterparts,” Walusimbi said in a statement.

During the meeting, the consular appreciated the good working relationship between Uganda and Saudi Arabia and promised to ensure the streamlining of the labour externalization sector.

The consular also expressed great concern about the delays involved in the inspection and approval procedures of Ugandan labour companies which has resulted into cancelation of potential contracts and as such, a number of the big Arab firms have diverted contracts to other countries in the East African region.

He appealed to the office of the president for a rapid intervention framework to solve this crisis as well as allegations of torture on both sides.

In response, Walusimbi applauded the team for openness during the discussions.
He noted that the Ugandan government will work to iron out the various issues on its side.
Story credit: nilepost website