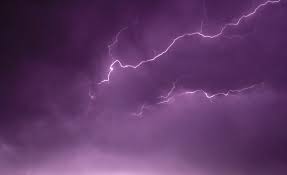 A primary six pupil, Marlon Edobo of Anne Foundation Nursery and Primary school has been struck dead by lightning while playing football.

Edobo, also the school sports prefect, was struck dead at around 4 pm on Friday in Omoo village in Ajono parish in Vurra sub-county in Arua district. Four other pupils from the same school were also injured. The identities of the injured were not readily available by the time of compiling this story.

Solomon Lematia, the deputy head teacher of the school, says that the pupils were finalizing a practice session for the upcoming primary schools football tournament. According to Lematia, Edobo died while being rushed to Arua Regional hospital for treatment.

Joel Pariyo, the LC III chairperson of Vurra sub-county has described the incident as unfortunate, noting that this is the first time they are registering such an incident in the area. He says that there is a need for schools to install lightning arrestors to avoid similar disasters.

Lightning strikes are a common occurrence in Arua. In August 2020, lightning killed ten boys at a football pitch in Gbulukua village, Ayivu Division in Arua city. The boys aged between 13 and 15 were playing football when heavy rain forced them to take shelter under a nearby grass thatched house, which was later struck by lightning.

Similarly, in 2018, three pupils of Mongoyo primary school in Drajini sub-county in Yumbe district were struck dead and 73 others were injured by lightning while cleaning the compound.