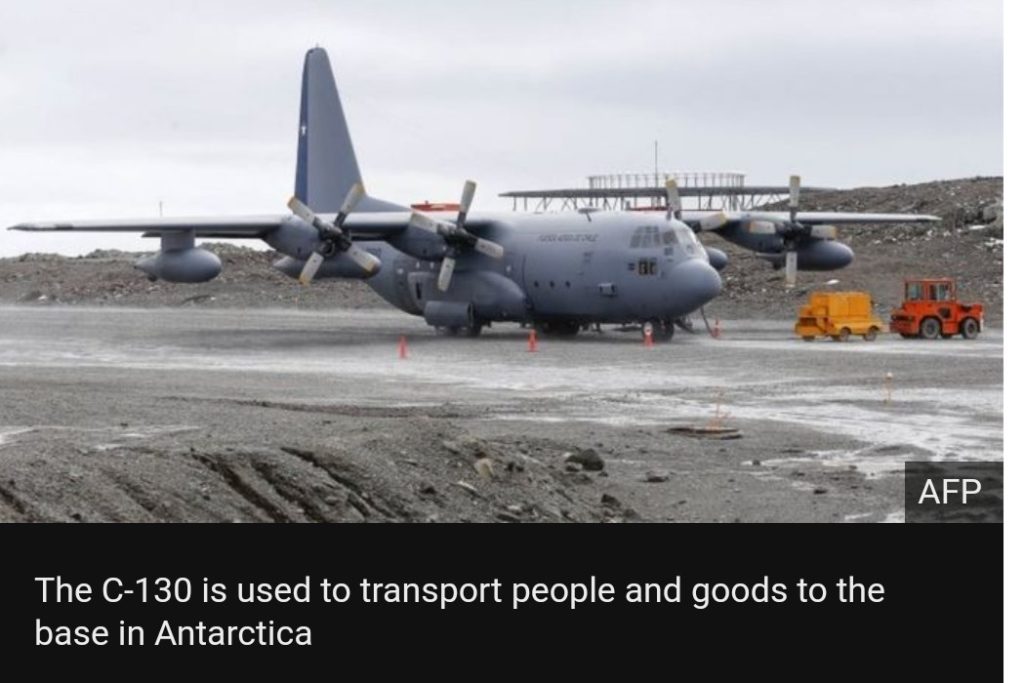 At least 38 people are feared to have died after a Chilean military plane on which they were traveling went missing and is presumed to have crashed, the country’s air force has said.

The C-130 Hercules transport aircraft was carrying 17 crew members and 21 other passengers when it disappeared about 450 miles into a 770-mile journey from Chile’s capital Santiago to a military base on Antarctica’s King George Island.

“The plane is presumed to have crashed, given that the amount of fuel and the plane’s autonomy had already run out,” said General Francisco Torres in a televised press conference.

The plane passengers included personnel from the armed forces and members of an engineering firm and southern Chile’s University of Magallanes, CNN reports. They had been due to carry out “logistical support tasks” at the Antarctic base, according to air force officials.

The aircraft departed on Monday, stopping briefly in the southern city of Punta Arenas, before continuing onwards. The plane lost radio contact at around 6pm local time (9pm GMT) near the Drake Passage, a body of water separating the tip of South American and Antarctica that is known for its treacherous weather conditions.

General Eduardo Mosqueira said that the plane had not activated any distress signal, reports the BBC.

The air force has declared a state of alert and sent out search and rescue teams from Santiago and Chile’s southern Magallanes region. Authorities are searching for survivors near the area of the plane’s last known location, and are informing the families of those on board.

President Sebastian Pinera tweeted that he was “dismayed” by the loss and was monitoring the situation from Santiago.

Meanwhile, debris believed to be from a military transport plane has been discovered in the treacherous waters of Drake’s Passage, Chile’s Air Force said Wednesday. Air Force General Mosqueira said the material was found floating roughly 19 miles from the place the C-130 Hercules last had radio contact two days earlier.

The debris will be analyzed to see if it corresponds to the missing plane, he said, adding that the process could take up to two days.

Rescue workers in Chile have since found human remains near the crash site, a regional governor said.