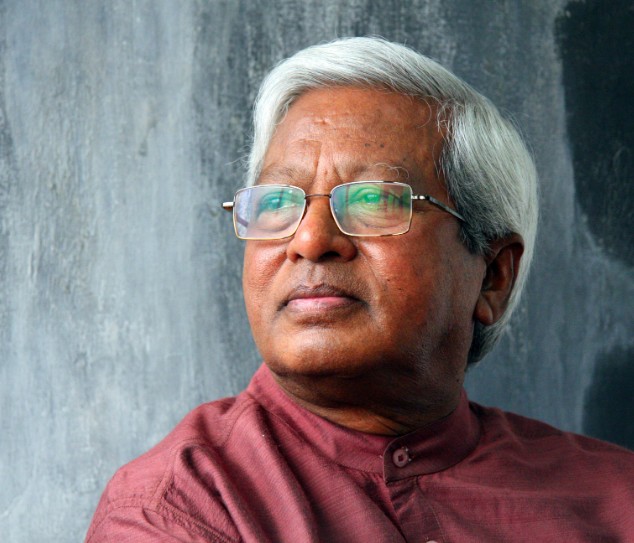 Sir Fazle Hassan Abed, who is the founding patron of BRAC, a microfinance institution that helps budding entrepreneurs,  passed away on Friday evening.

A statement from BRAC announcing Sir Fazle’s death reads this;

With profound sadness, BRAC, one of the world’s leading development organisations, announced today the passing of its Founder, Sir Fazle Hasan Abed KCMG. He was 83 years old.

Sir Fazle breathed his last  at the Apollo Hospitals in Dhaka, Bangladesh. He was battling a malignant tumour of the brain.

His body will be placed on the Army Stadium premises in the capital on Sunday (22 December) from 10:30Am to 12:30Pm to allow people from all walks of life to pay their last tributes. His Namaz-e-Janaza will also be held there at 12.30pm. He will be laid to rest at the graveyard in Banani, Dhaka on the same day.”

Ms Ameerah Haq, Chair, BRAC Global Board said in a statement, “Unfaltering dedication, focus and work ethic are what we have always experienced in Sir Fazle, or Abed Bhai, as the BRAC family calls him lovingly. He always put others before himself and let his work speak for itself. Even when BRAC attained its global stature, his concern and focus were on the less fortunate in society and those whose potential needed nurturing. He embodied the highest level of integrity, humility and humanity, which continues to be the essential guiding spirit of BRAC.”

The Honourable President of Bangladesh Mohammad Abdul Hamid and Prime Minister of Bangladesh Sheikh Hasina both expressed their heartfelt condolences to the bereaved family of Sir Fazle Hasan Abed.

Sir Fazle started BRAC in 1972, at the age of 36, as a small relief and rehabilitation project in north-eastern Bangladesh. Over the past 47 years, BRAC has grown to be one of the most effective non-governmental organisations in the world, touching the lives of over 100 million people worldwide. BRAC is a unique ecosystem comprising development programmes, microfinance, social enterprises, a university, bank and a range of mission-aligned investments. BRAC currently operates in 11 countries in Asia and Africa, with affiliate offices in the USA, UK and the Netherlands.

About Sir Fazle Hasan Abed
Sir Fazle was born in 1936 in Bangladesh. He studied Accountancy in London, qualifying as a Cost Management Accountant in 1962. While he was working as a senior corporate executive at Pakistan Shell Oil, the 1970 cyclone and 1971 Liberation War in Bangladesh dramatically changed the direction of his life. He left his job and moved to London, where he helped initiate Action Bangladesh and HELP Bangladesh in support of the Liberation War.

Early in 1972, after the war was over, he returned to the newly-independent Bangladesh, finding the economy in ruins. The return of 10 million refugees who had sought shelter in India during the war called for urgent relief and rehabilitation efforts.

Sir Fazle established BRAC to address the needs of refugees in a remote area of north-eastern Bangladesh, guided by a desire to help people living in poverty develop their own capacity to better manage their lives.

Today BRAC is one of the largest NGOs in the world, operating across eleven countries in Africa and Asia. Its primary objective is to empower people living in poverty and inequality.

In 2019, for the fourth year in a row, BRAC was ranked first among the world’s top 500 NGOs by Geneva-based NGO Advisor; based on its impact, innovation and sustainability.

He has also been recognised by Ashoka as one of the ‘global greats’; and is a founding member of its prestigious Global Academy for Social Entrepreneurship. He was a member of the Commission on Health Research for Development (1987-90), the Independent South Asian Commission on Poverty Alleviation (1991-92) and the High-level Commission on Legal Empowerment of the Poor (2005-2008). In 2010, he was appointed Knight Commander of the Most Distinguished Order of St. Michael and St. George by the British Crown in recognition of his services to reducing poverty in Bangladesh and internationally. Sir Fazle was a member of the Group of Eminent Persons appointed by the UN Secretary-General in 2010 to advise on support for the Least Developed Countries. In 2014 and 2017, he was named in Fortune Magazine’s List of the World’s 50 Greatest Leaders. Sir Fazle was honoured with a Dutch Knighthood in 2019.