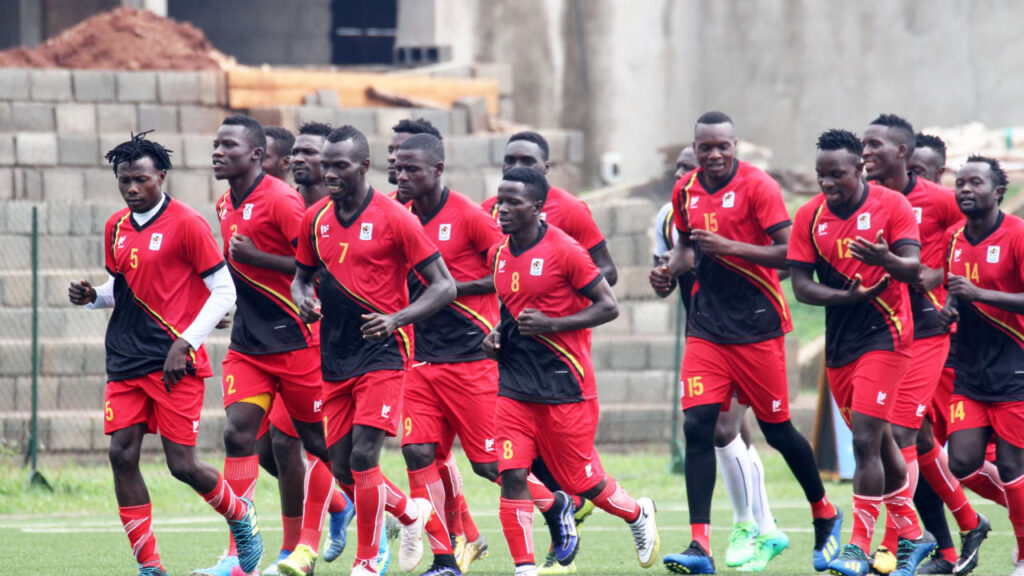 The East African nation lead Group B with four points, like second-placed Burkina Faso while Malawi are on three points, and South Sudan have none

13 players reported to camp, hoping to be fit and stand a chance to be considered for both competitions.

“Uganda Cranes’ team players have, on Thursday, entered a residential camp at [a hotel] in Kisasi ahead of the trip to Dubai,” read the information posted in the Federation of Uganda Football (Fufa) website.

“The team will fly out this Sunday at 5 pm… for a training camp where they will be joined by the foreign-based players.

“Upon arrival, the locally-based players immediately went in for a brief meeting enlightening on the Covid-19 pandemic that was addressed by national teams manager Patrick Ntege before he called on Dr Apollo Ahimbisibwe to take over the floor.

“The 13 players and officials have undergone Covid-19 testing at the team hotel. Players and team officials have been asked to self isolate for 48 hours until when they fly out this weekend.”

Among those who have been included in the provisional squad is Kyetume FC custodian Joel Mutakubwa and his counterpart from URA FC Nafian Alionzi.

Ibrahim Orit of Vipers SC and his colleague Karim Watambala have also been named in the East African nation’s squad.

In the Afcon qualifiers, Uganda are scheduled to host neighbours South Sudan on November 9 before playing them away eight days later.

Cranes started their campaign with a goalless draw away to Burkina Faso before defeating Malawi 2-0 at home. They have managed to collect four points in the process.