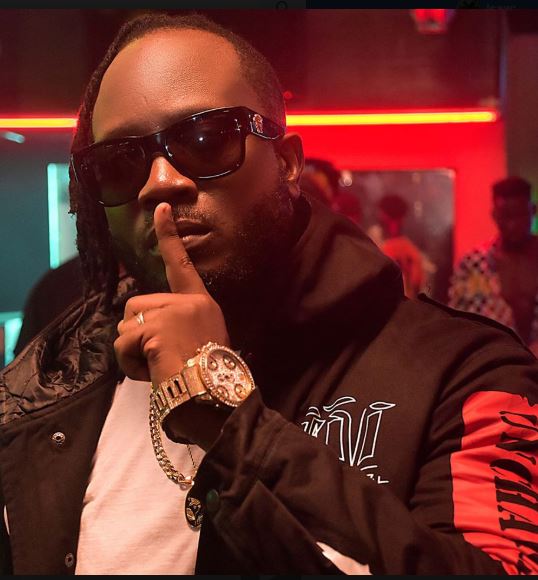 The suspects are part of hooligans that are suspected to be going to music concerts with the aim of embarrassing musicians that subscribe to the National Resistance Movement (NRM) party by hitting them with bottles.

Deputy Police Spokesperson Fred Enanga said on Monday that “The suspects were arrested by our covert officers that were within the crowd. They are detained at Jinja Road Police Station.”

CP Enanga warned they will not allow pelting of artistes with bottles at events, because it endangers their lives.

However, the arrests, which were announced after Gen. Muhoozi Kainerugaba tasked police to explain why they failed to protect Bebe Cool, come in the wake of numerous attacks targeting NRM-leaning artistes.

Muhoozi tweeted that; “How could Police and the bouncers at Cindy’s concert allow a few hooligans to hurl bottles at one of Uganda’s greatest artistes? The same hooligans beat up women (on Women’s Day) for simply loving President Museveni and Bebe Cool. We expect a lot better next time from the Uganda Police Force.”

It should be noted that early this year, Big Eye, one of the open NRM supporters was pelted with bottles while performing on stage at Spice Diana’s concert at Freedom City Namasuba. The singer was later on admitted to Hospital after sustaining mild injuries. No arrests were made.

Earlier on, singers Catherine Kusasira and Full Figure, who are both staunch NRM supporters, were also hit with bottles and other objects after they were hired to perform at a music concert in Masaka.

However, it is that the perpetrators of these acts of attacking musicians with bottles blame Bebe Cool, Kusasira and other artistes for the ban on Kyadondo East MP Robert Kyagulanyi aka Bobi Wine’s music concerts for what they claim to be political reasons.

However, Linos Ongompek, the Presidential envoy in Agago District, said the arrests were long overdue and wondered how police could fail to protect the supporters of the party in power.

“This is just ridiculous. How on Earth would a supporter of NRM fail to feel at ease for supporting a party which is in power,” Ngompek wondered in a telephone interview with our reporter?

He cautioned young people to desist from using the peace brought by NRM to disorganize other Ugandans.