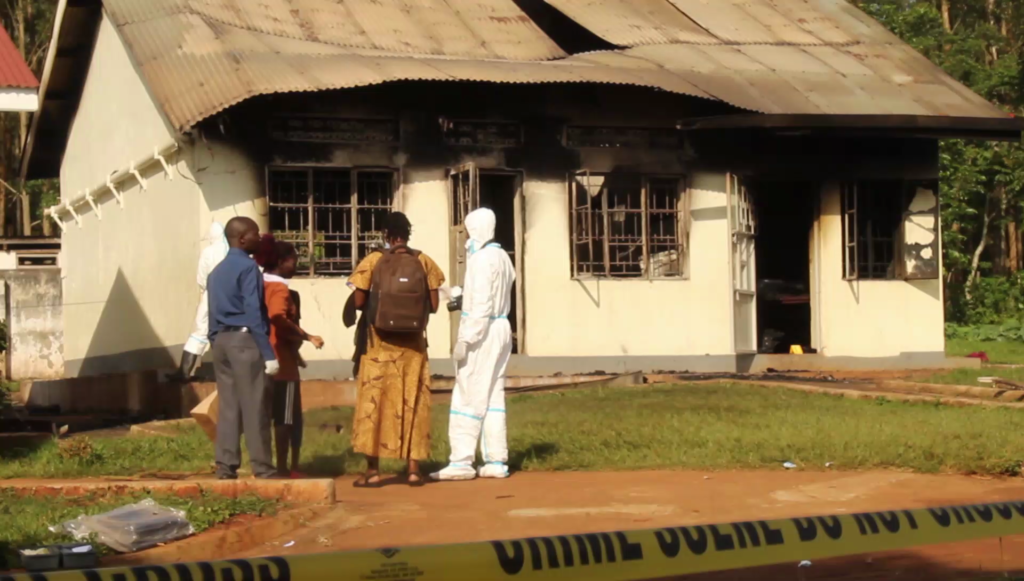 Tears have engulfed residents of Luga Village in Ntenjeru – Kisoga town council when unknown persons set fire to the dormitory of blind girls at Salaama School for the Blind.

The fire reportedly started around 7pm and police arrived after the fire had already finished killing the innocent blind children, and the survivors were rushed to Herona Hospital for treatment.
When our correspondent reached the scene at night, residents were trying to save the children but they were overpowered by the fire.

Sources revealed that fire started under the bed of one of the children while they were asleep and the matron made an alarm which woke up the rest of the people at the school including the director of the school Kinubi, who called police in the wee hours and the phones were not going through.
Later at about 8.30am fighters from and started fighting the blaze which had already erased everything in the dormitory.

According to the matron, she said he did not know the cause of the fire as it started in the dormitory without even a switch, and said the fire started after midnight
The director of the school Francis Kinubi, said the perpetrator of the attack poured petrol in the dormitory because they wanted to sabotage the visit of Princess Royal Anne Elizabeth, daughter of the former Queen at the venue on Friday.

At Herona Hospital where we found the six children receiving treatment but three who were in critical conditions were referred to Mulago hospital for further treatment.
Minister of state for education Moriku Kaducu said that the government will take over the burial arrangements of the children after DNA and it will foot the hospital bills of the admitted children.

The Kampala metropolitan police spokesperson Patrick Onyango said that police has started its investigations and the bodies of the deceased are taken to Mulago for DNA so that they can identify the owners of the bodies.